One Saturday, our local childrens museum had a "meet a real ballerina" day. There were two ballerinas from a small local company who came and showed some basic moves, and how to put on pointe shoes. They also had fairy wings and wands to let all the little girls pretend to be ballerinas and move as a corps and learn how to curtsy and also to look cute for cameras.

Anna was so excited to go. She had been wearing her "ballerina suit" every single day and watching youtube videos of ballet and asking to dance with me. So we got her dressed up and took her to the museum and the second we got in the room, she clung to me. I tried going with her to put on fairy wings, but she would have none of it. So although she said, yes, she did want to take a picture with the ballerina at the end, this was the best picture we got :) 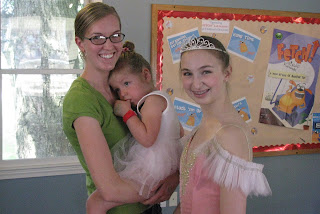 Here are some others of Anna dressed as a ballerina and playing in the museum's ship wreck. 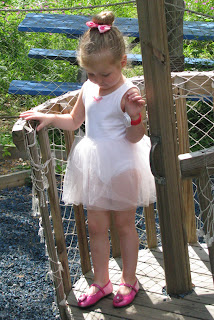 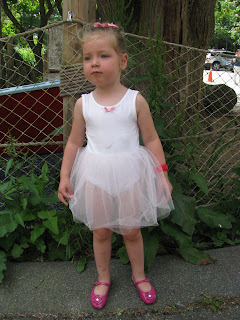 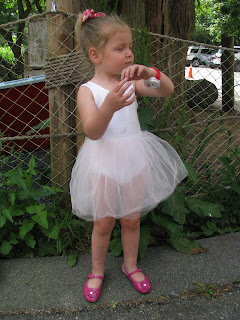 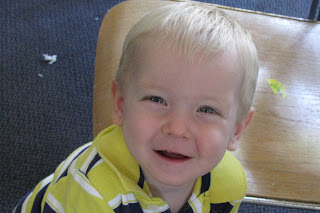 And of course Levi was happiest crawling up and down chairs.

Oh, so cute. And I love that you did ballet hair too.