Sam came home from school yesterday and announced that he had won the beer game.

Bet you never saw that one coming.

(Just so no one gets the wrong idea, the beer game is actually a game his professor made to demonstrate the complexities of supply chain management, with different teams representing a factory, distributor, wholesaler, and retailer. But people always skipped it. So they changed the "factory" to a "brewery" and lo and behold, nobody ever misses "The Beer Game." Sam also took home a portion of the winnings: a cool $6.25. I believe he treated himself to lunch today. Way to go, Babe. way. to. go.)

I thought I'd blog this book review for family journaling purposes and because I thought some others who aren't on goodreads might be interested.


This gave me some great and very practical ideas for dealing with the ups and downs of toddlerhood. Here are a few of my favorite points that I wanted to remember:

1. Ask questions to help the child solve problems. I should have done this today when Anna had a meltdown because she couldn't get her peaches to stay on her fork. Rather than jumping in and saying, "Let me cut those up for you," I could have said, "How do you think they'll stay on? Would smaller pieces work? Do you want to cut them or should I?" I did this successfully yesterday when Anna couldn't reach something on the counter. "How could we make it so you can reach that?" She thought for a while and said, "I could get a stool!" Me:"What could we use to be a stool?" Anna: "I have a big stool in the potty" Me: "Is there something in this room we could use as a stool?" Anna, after thinking and looking around: "I could use that chair for a stool!" Me: "Great job! You figured it out!"

2. Make the bad behavior the enemy, not you. "Uh oh, looks like the whiny voice is here again. I guess Anna has to go in her room until it's gone." Instead of, "I'm not going to listen to you when you're whining." I'm definitely still working on this one as it involves keeping my cool in the face of yet ANOTHER melting whining drama-filled disaster (like getting two feet in one pant leg)

3. Provide LOTS of empathy. Let love win out. Be sorry that they're not behaving, not angry. Show them that parenting them is a joy, not a chore. Remember that sometimes it's hard for ME to not get another cookie too, and tell them that.

4. Give choices ALL THE TIME, not just about clothes or food. This provides a sense of empowerment. "How do you want to make the bed? Fast or slow? Do you want to eat lunch before we leave? Or take it to the park? Which bench should we sit on? Should we sing this sing loud or quiet?" They suggest giving silly choices, like "Do you want to walk out of the store like lions or like kangaroos?" I've tried this a few times with Anna but she always responds, "No Mommy! I want to walk just like a girl!" So I tend to do more fast or slow, loud or quiet, silly or regular.

5. Validate your child's interests while reserving judgement, good or bad. Say, "You've been spending a lot of time taking care of that baby" or "I noticed you really like those blocks." This just lets your child know you see them and are paying attention without putting pressure on them.

They gave some suggestions that I haven't tried and am not too sure about. For example, they suggest that if your child is misbehaving, they "pay" you for the extra work you have to do because of it with toys. I don't think Anna would quite get this concept yet, and don't think she cares enough about any toy to really be upset if she were to part with it.

They also suggested encouraging your kid to yell or scream louder in the middle of a tantrum, saying, "Is that the best you can do? I've seen some better tantrums than that in my life." I really didn't like this suggestion but couldn't explain quite why, but then I read this in someone else's review, "I think telling our children to do something with the expectation that they do the opposite is never a good habit to start"

All in all, I'd highly recommend this book to parents of young children, even up to elementary school aged children. It's helped me stay calmer the past couple weeks and I think Anna has enjoyed some of the new things we've been trying.

View all my reviews
Posted by heather at 8:47 PM 2 comments:

Thanks for coming out of the woodwork guys! One of the best things about that post was finding some old friends and the blogs of family members that I had forgotten existed.

And I'm hoping McKay was right with his spider/web crawler theory.

And to McKay, and my other college friends and roommates from 2005: It is a beautiful, sunny, breezy summer day in MA right now and though I really truly loved spending 2 hours at the park and library with my kids, I could really go for some renegade FHE right now. I'm imagining frisbee, rootbeer floats, records, and laughing while lounging on cool grass and warm pavement. Why don't you all just transport yourselves to the lawn behind my apartment, say 7 PM EST?
Posted by heather at 2:33 PM 1 comment:

OK guys. I'm all about not having my blog be private. My average number of comments per post in the past year has plummeted significantly, (I get it... I moved...no one here even knows I have a blog) so I can't afford to go private and alienate those few people I know read and/or comment on my blog (I'm talking about you, Alisa, Laurie, and Marci!)

But seriously, I've had this tracker on my side bar for a while now which shows me where in the world my readers are coming from, and I just want to say, who on earth are you?

No. Really. Who are you?

It's cool if you are a friend of friend's cousin trolling around during your own kid's naptime. No worries. I've been there. But don't just hang around, never introducing yourself. You wouldn't do that in real life, and though this is no where near real life, it's still a little rude.

I have a little list of places that have popped up on the tracker that are unfamiliar to me. Meaning, I can't for the life of me think of anyone I know who lives there. Most likely, I'm about to embarrass myself by publishing on my public blog that I have forgotten, where you, my good friend, who I care about, lives. But I hope maybe a few of you other readers who I haven't met in real life could take a minute, and tell me a little about yourself. If nothing else, maybe my comment numbers will be up...

All kidding aside, I love knowing people actually read what I post here, so go ahead and tell me you read it. High school aqcuaintances, parents of friends, brief college buddies, old friends, and strangers alike are all welcome here. Just as long as I know your name :)
Posted by heather at 2:11 PM 24 comments:

this month is such a special one 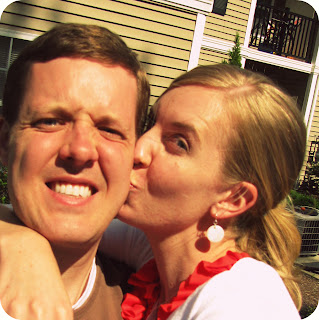 Sam's birthday was two days ago. It was pretty low key considering he started school last week and it's a long commute to and from Cambridge. But I did adapt this Ogden Nash poem for him to demonstrate my enormous confidence in his abilities. We love you, Sam!

The Adventures of Samuel

Samuel once worked for giant Dow.
He barely survived, though I don’t know how.
The meetings were long. The meetings were boring.
One boss was self-serving, another: snoring.
They wiffled and waffled over where to move him;
They refused a raise despite reviews to prove him.
Samuel, Samuel didn’t worry.
Samuel didn’t scream or scurry.
He did his work while he quietly plotted
To come back in two years with Dow utterly besotted.

An MIT schooling can be rather haunting
But Samuel scarcely found it daunting.
Arbitage, dividends, contingent immunization,
Funding risk, principal, negative amortization!
With speed and with fury the jargon was flung
While to b-school glossaries peers desperately clung.
Samuel, Samuel didn’t worry.
Samuel didn’t scream or scurry.
Of grace and self-bearing Sam is quite the possessor.
He picked up the chalk and taught the professor.

But the most frightening force brave Samuel met
Was Anna and Levi—a terrible set!
When with rage or hunger they weren’t loudly crying
They giggled and squiggled with vigor undying.
“Daddy-cabaddy!” Anna shouted, “Let’s spin!”
While Levi pounded a deafening din.
Samuel, Samuel didn’t worry.
Samuel didn’t scream or scurry.
He kept his wits and he kept his head
And he read those children to sleep in their beds.
Posted by heather at 2:18 PM 1 comment: