Today was the first time I cried after a haircut. Is that some kind of milestone of womanhood? Because it kind of feels like it.

The problem wasn't all with the haircut. I'd heard such good things about this stylist that I let myself get a little bit excited to try someone new. I liked her hair, and she was specially trained to cut thick, curly or wavy hair. So I went in, armed with some photos of what I wanted, and after several minutes of her gushing over what great hair I have (and really, it's one of my favorite physical attributes-- when done right, it's pretty amazing hair) we got started.

At first, things looked promising. She reaffirmed that I really don't ever need to shampoo. With hair as thick and dry as mine, warm water, a good scalp scrub and some conditioner are all I really need. Her particular brand smelled delicious and she gave me a great wash- the kind where you feel like along with all the dirt and drugstore product build-up, you're also washing away a little bit of your old, imperfect self.

She asked if we could work with my natural curl, and I said sure since I've had some good cuts in the past with people who've said that. But that's when the trouble started. She started twisting the hair on the top of my head to bring out the curl and pinning it to "give it some volume". If there's one thing my hair doesn't need, it's volume.

Then, she plunked me in one of those giant hair driers and handed me a book about curly hair and said, "Read this. I've underlined a few passages. You don't really need to read anything else." This should have clued me in that this woman was someone who had a message and wanted me to hear it, but I went ahead and read her book while she made me try her awkward foot massage machine that mostly just made my legs tingle.

During the last few minutes of the blow dry, I noticed a Strong's concordance and Bible sitting on her counter and asked if they were hers. She said yes and told me she was learning "the ancient Hebrew" to enlighten her Bible studies. Now, of course this is something I can get behind so I asked her what she'd learned. The first couple things were stuff my mom had taught me in seminary, so I smiled and encouraged her to tell me more.

At this point, she asked if I went to church around here, and I told her I went to the one across the street from the salon. "The Mormon church?" she asked. And when I said yes, I saw a little glint in her eye. (OK. Maybe not. But looking back on this story, it's certainly where the non-haircut portion of the disaster started.)

We moved to the chair for her to start cutting and she slathered a bunch of goop in my hair, parted it on the wrong side-- I told her it was the wrong side, but she informed me my face was lopsided and that this would correct it-- and started chopping my hair SUPER short on top. Before I could gasp, she was half way done.

Right about then, she had also started informing me of why America was going to hell. It started with the fact that our Christmas traditions were all pagan, nothing new of course, but she described in detail testacles dipped in gold and silver and hung on trees. She then moved on to the Easter bunny and the how the Catholics were run by Satan and funded the Muslim church that Obamanation (clever, eh?) was a part of.

Just about the time I was missing my haircut tradition of perusing a People magazine, which I do only at salons and doctors offices, she started talking about this great documentary she watched about the secret cult everyone in Hollywood was a part of. "You know that girl, Taylor Swift? Well, when she was at some award ceremony and that rapper man, Jay Z--no, K something--anyway, when he got up and yelled at her in the middle of the thing, do you know what that was? That was an initiation ritual. All the secret cults do that. Fraternities, the free masons, even your secret mormon things."

At this point, I was speechless, which she wouldn't have noticed since she NEVER STOPPED TALKING. She went on for another 20 minutes or so telling me about government cover-ups, the sign of the beast, the apocolypse, and her favorite conspiracy theories. (Did you know that people who believe conspiracy theories actually use the phrase "conspiracy theory"? I thought they'd be offended by that since that phrase has "paranoid wacko" wrapped up its connotations. But, don't worry, they're not.) She also hinted, with little to no subtlety that she believed the Mormons were all wrapped up in this and that I was doomed to hell, just like those people in John 6:66 (!!!) who turned their back on Jesus.

I could barely hold it in. I wanted to say, "Do you really think they're all in hell? Don't you think a loving Jesus is going to give them a chance? Because I do. I think He's got grace enough to love us all- Mormons, sinners, free-masons, democrats, Catholics, Obama, Taylor Swift, Jay-Z, and KANYE (yes, that's who you meant)-- back into His presence if we let Him."

But I didn't because at that moment she said, "There! Don't you love it?! Isn't it beautiful?" and I was just so relieved to be done that I said yes and got out of the chair as fast as I could. I even tipped her. I'm that much of coward when it comes to confronting bad customer service.

Then, I got in my car and cried, and came home to Sam and cried, and looked in the mirror and cried. And then I heard Levi making bubbles in the tub and heard Anna laughing at him, and decided it wasn't the worst tragedy in the world. That will probably be when I go to hell.
Posted by heather at 9:39 PM 15 comments: 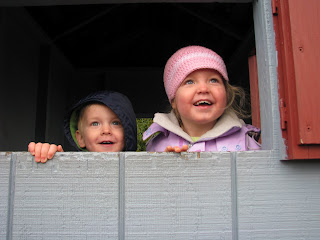 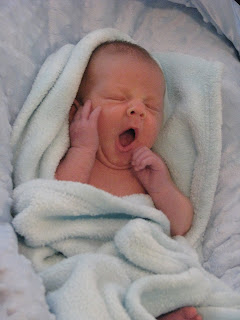