One thing I love about the family I grew up in is that we spent so much time outside together. We went camping at least once a year, and often more. Mom always had us working in her garden and we'd read books aloud as we picked raspberries together. We spent our summers riding bikes together, canoeing, hiking, and exploring the woods and the little creeks and rivers that led to Lake Erie. If we didn't have anything to do in the evening, we'd go on a walk or head down to the beach and watch the sunset over the water.

So when my parents came to visit us here in California the first time in February (yes, I'm catching up), we spent most of our time outdoors. We went swimming (in the hot tub), hiking, picnicking, and to the beach. We wore everyone out and had a wonderful time. When we weren't outside, Grandma was entertaining the grandkids with the toys she'd brought from her house to share with us while we are in CA. 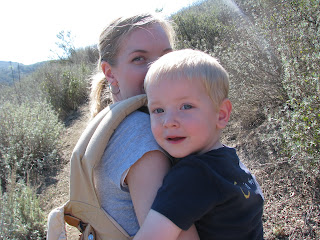 We went hiking at a place called Wildwood Regional Park. I’d heard of a place called Paradise Falls there, so I looked up a trail online, printed out a map, and off we went. The first half of the hike was through open hills, covered with desert plants and cactus. We had a never ending refrain of “Ouch!” from Levi because we had emphasized that cactus was OUCH early on in the hike and not to touch it. 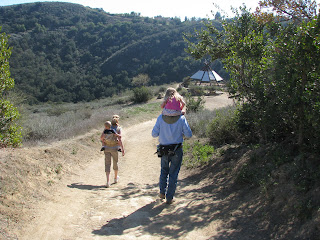 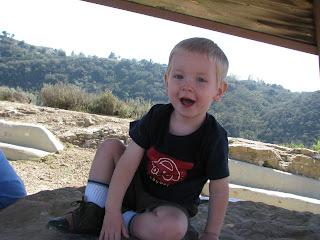 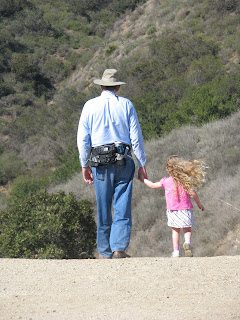 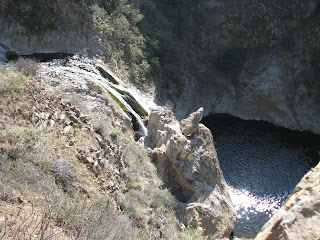 By the time we got to the teepee, which was a little over halfway, both kids were exhausted, but it was cool and breezy under the teepee and some candy from Grandma and the promise of the waterfall was enough to keep them going. Thankfully, after the waterfall, we descended down into a valley along a creek so we were shaded and the kids spent some time snacking and throwing rocks in the water. 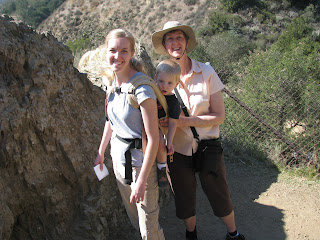 Levi was in and out of the backpack and was often carried in Grandpa’s arms or on his shoulders. Those two would sing together and that kept Levi happy. Anna had fallen twice and scraped her knees pretty badly, but we only had one bandaid. She was a serious trooper and finished the hike with only being carried a very little bit and with little complaining. I was so proud of both of them. The total round trip was a little over three miles! 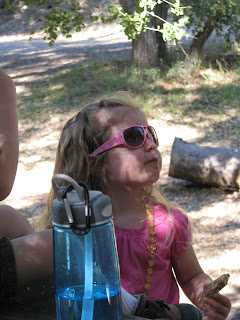 I loved that Anna wore a skirt, sparkly necklace, and sunglasses on the hike. She would not let me put her hair in a ponytail either. 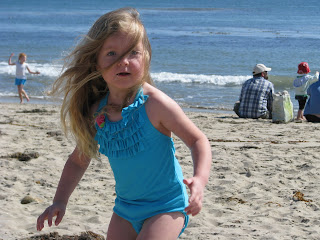 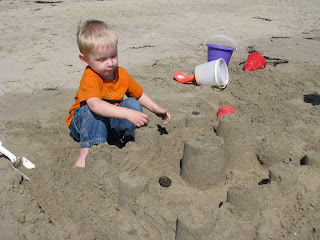 The next day we went to a beach in Malibu. We'd heard the tide pools were cool, and they were, but other than that, there wasn't much at the beach to recommend. We've gone to another beach, Zuma, in Malibu a few times since then and like it a lot more. The day we went was also pretty windy, but that didn't stop the kids from making (and destroying) sandcastles with Grandma, poking around the tide pool, and of course, splashing and RUNNING! We had to nearly drag Anna away from her laps back and forth in the surf. There is nothing more fun and free to her than running through the crashing waves. 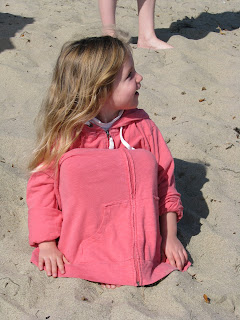 Anna thought it was pretty funny how her whole body could fit inside Mama's jacket! 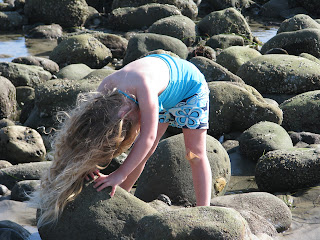 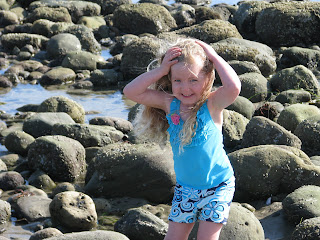 Being silly with all that HAIR! 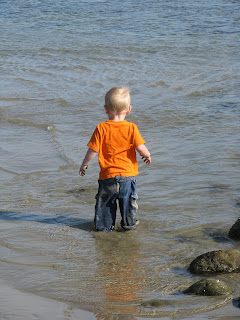 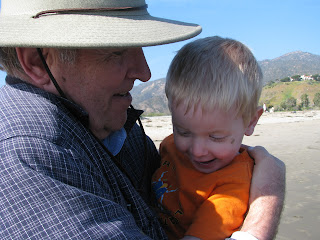 Snuggling with Grandpa. Levi LOVES his Grandpa's (rightfully so- they are both wonderful!) 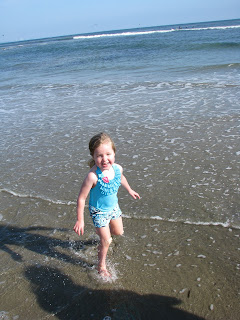 RUNNING!
Posted by heather at 11:34 PM No comments:

This one was a milestone, so I thought I'd post it here.

Stuart Little by E.B. White
My rating: 3 of 5 stars

This was the first chapter book I read with Anna. Even though I got annoyed by Stuart, it was a very sweet experience to have her snuggle up to me at night and listen intently to the story. After each chapter I'd ask her if she wanted me to keep reading and she'd nod enthusiastically. Usually, I'd have to be the one to say it was time to be done. I think we finished the book in just 3 days. The best part of the whole experience was hearing her laugh at new words ("Gee Whiz!" was a favorite) or ask me during the day, "What do you think is going to happen to Margolo?" I was so excited that she was getting it! It was one of the first times in her life that I've been able to definitively mark the opening of a new chapter (wink wink), and this is one I've been waiting for for a long time.

View all my reviews
Posted by heather at 10:57 PM 1 comment: