The first week of June was full of end of the year parties and ceremonies for Anna. The kindergarteners sang a few cute songs and then the principal, Mr.Kinney read what each of them said their favorite part of kindergarten was. Anna said, "I like storytime a lot. Sometimes, a really really lot!" 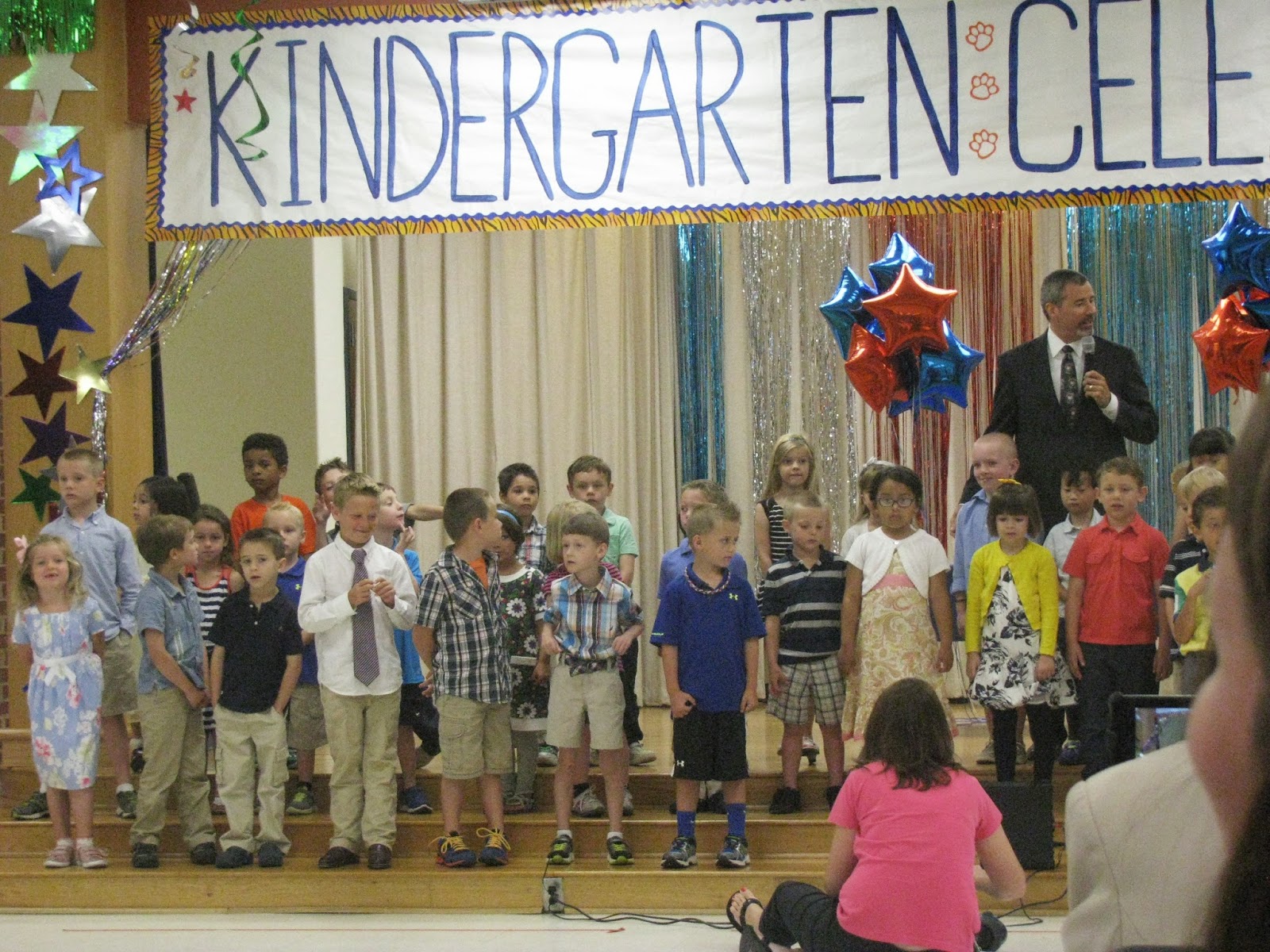 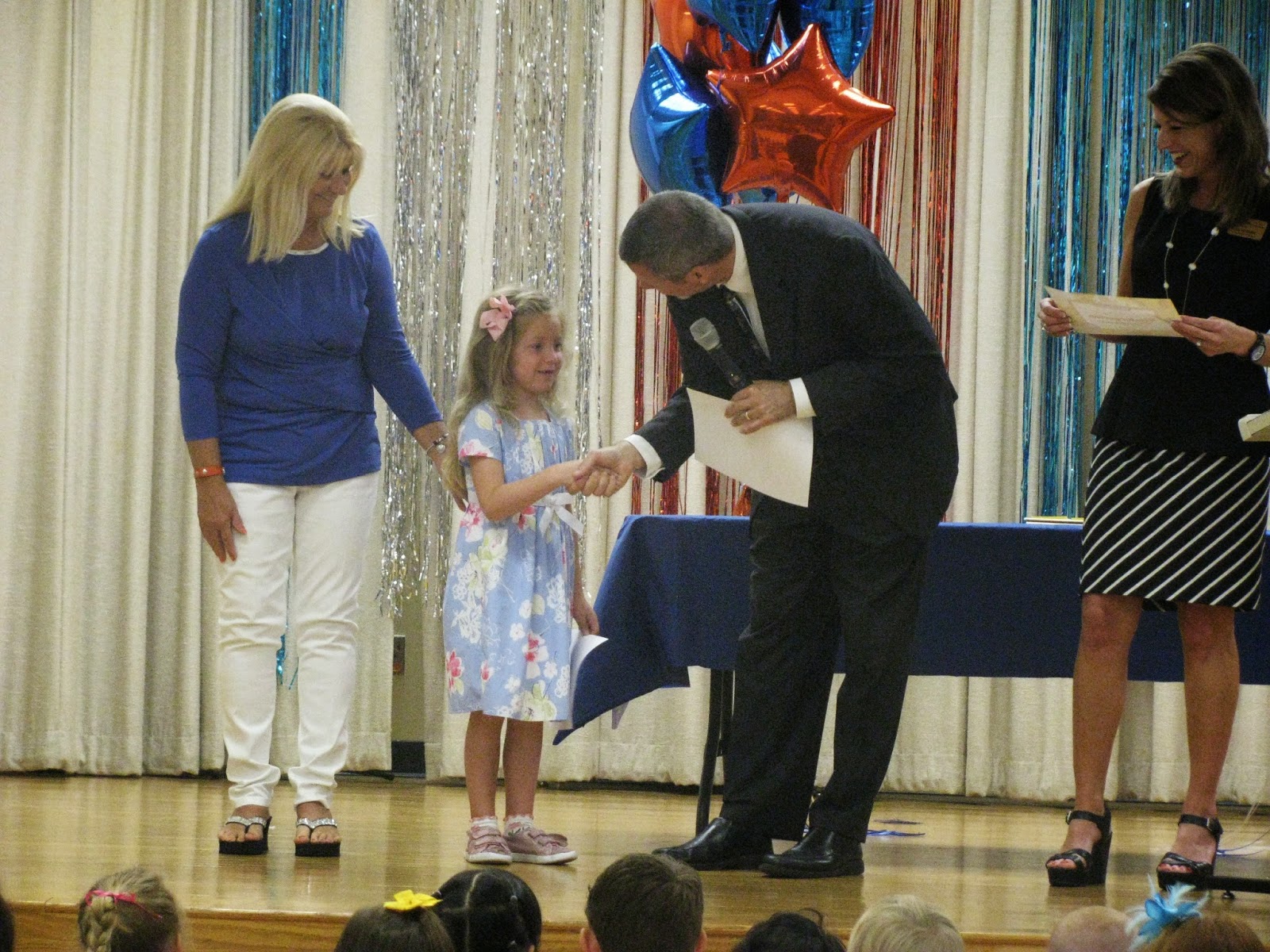 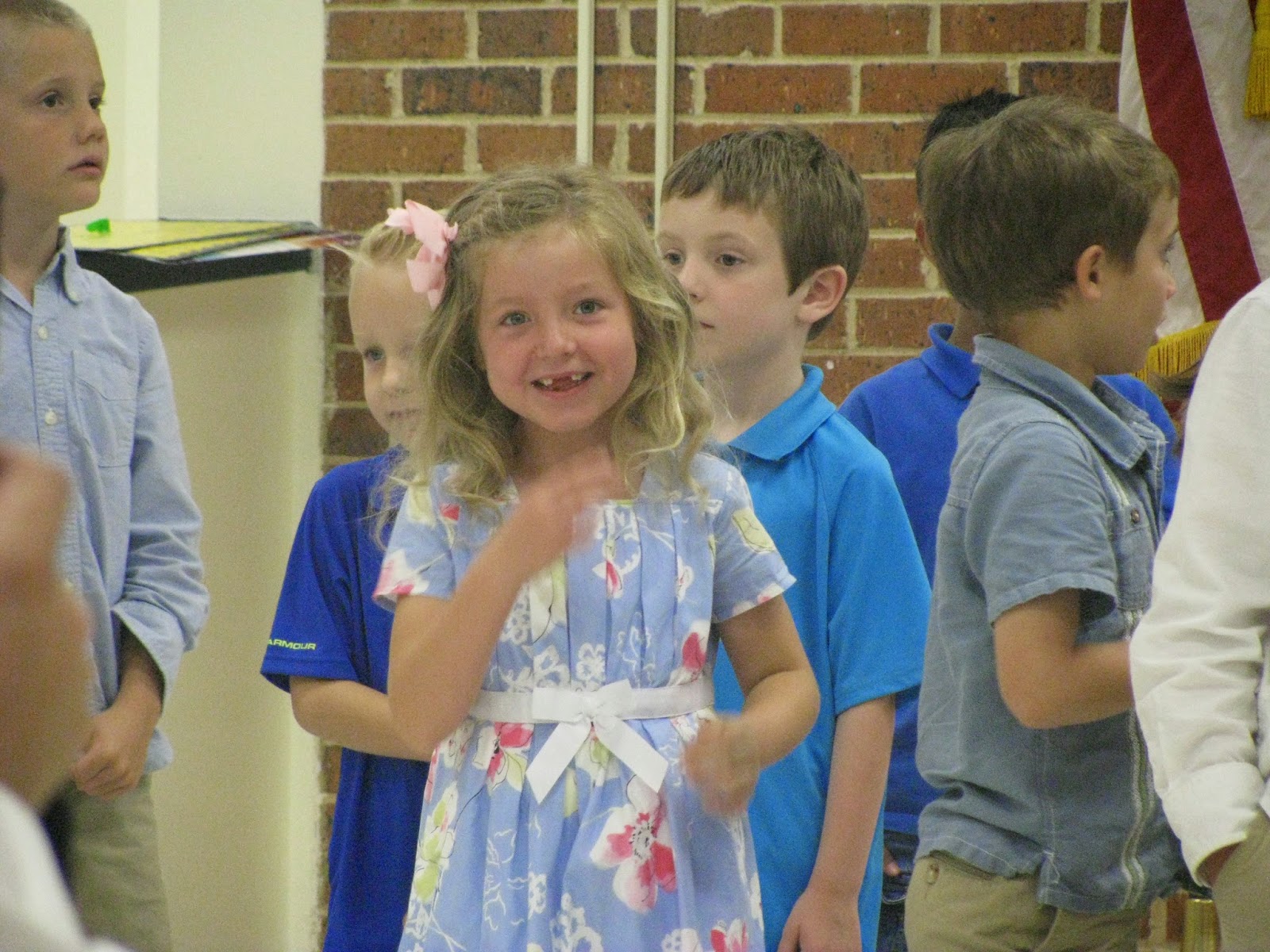 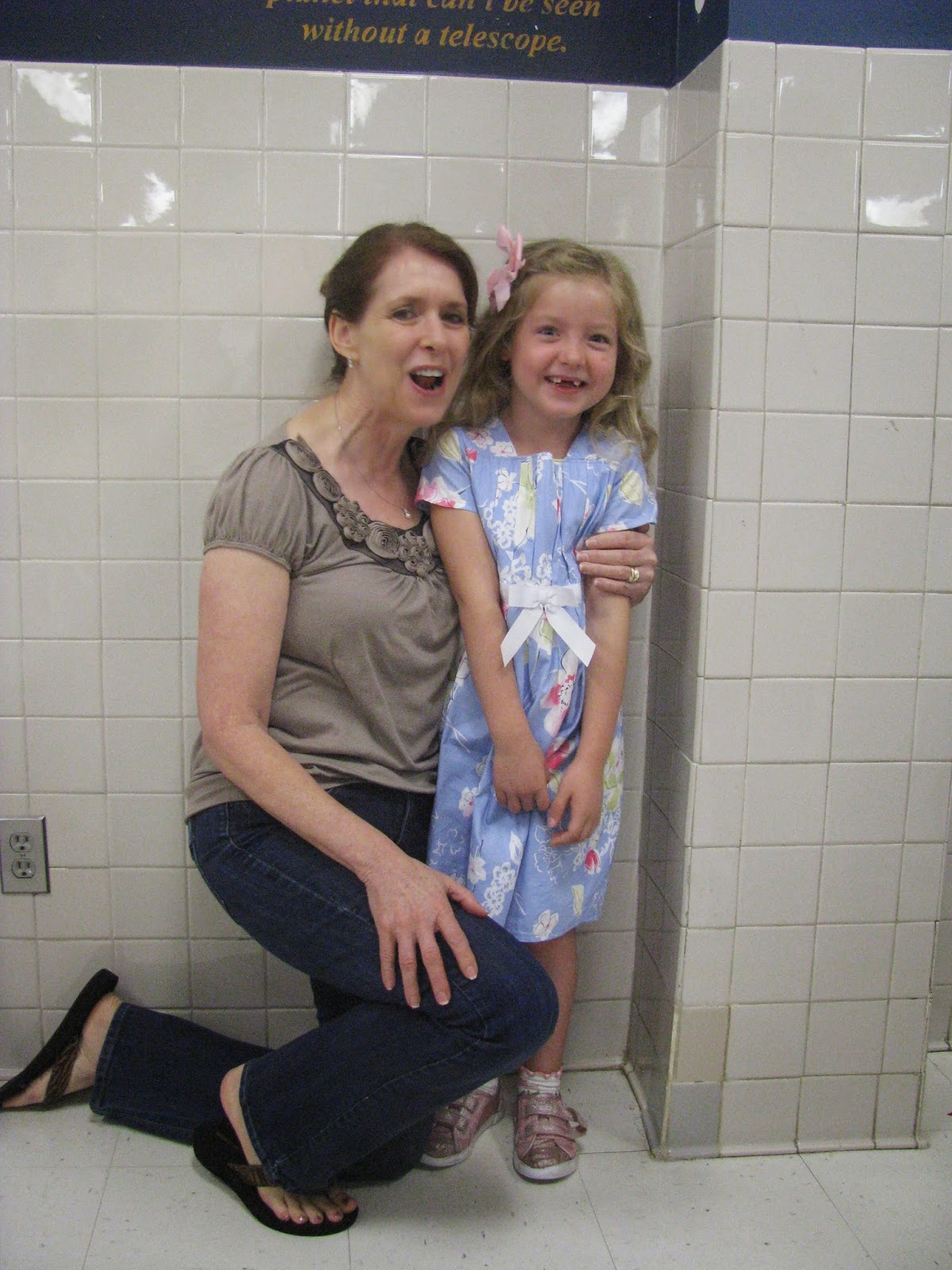 Grandma Ruth came to see the little celebration and Sam sneaked away from work for a bit. Anna was thrilled and thought the goofy faces he made at her through the whole program were hilarious. 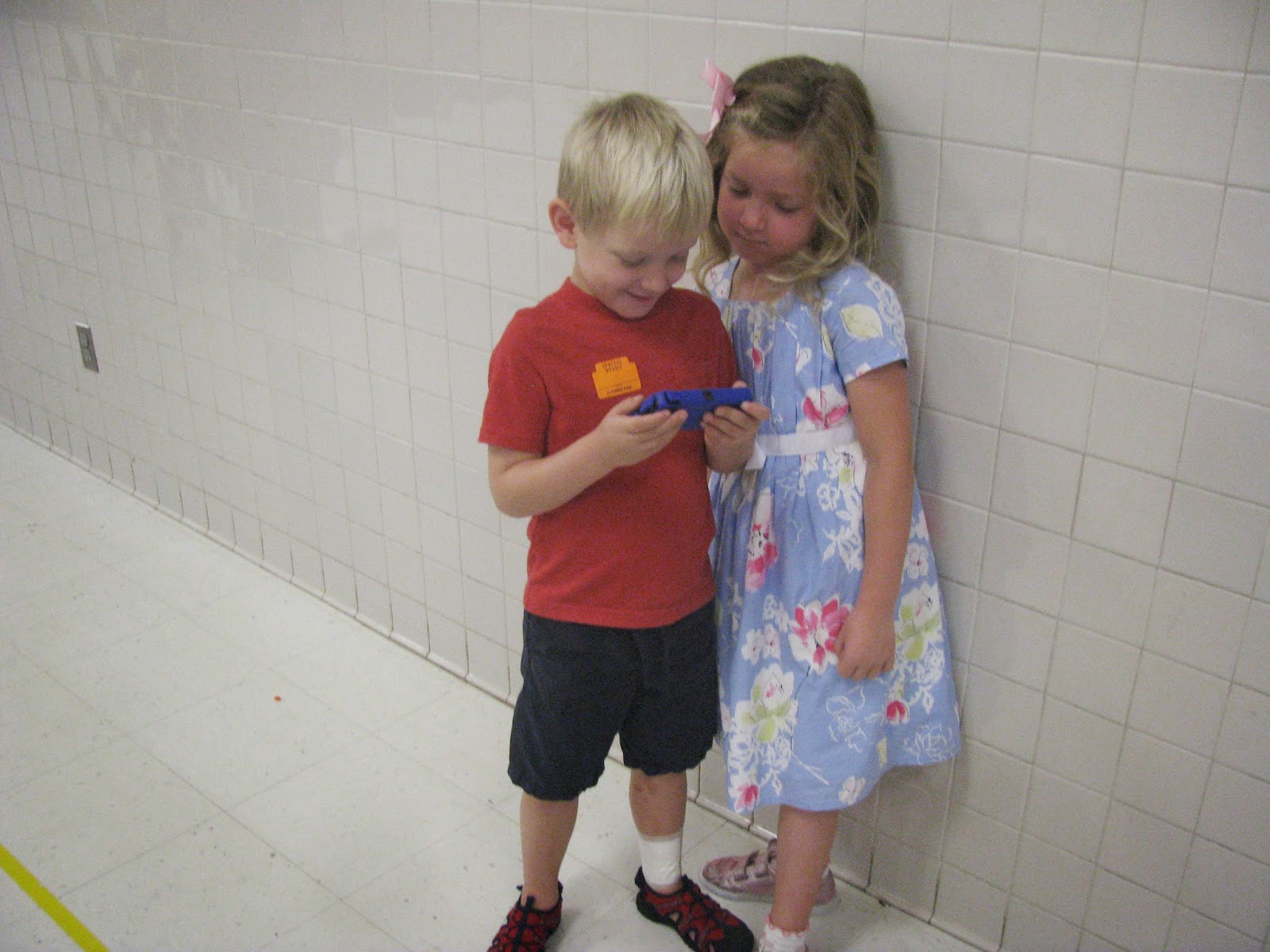 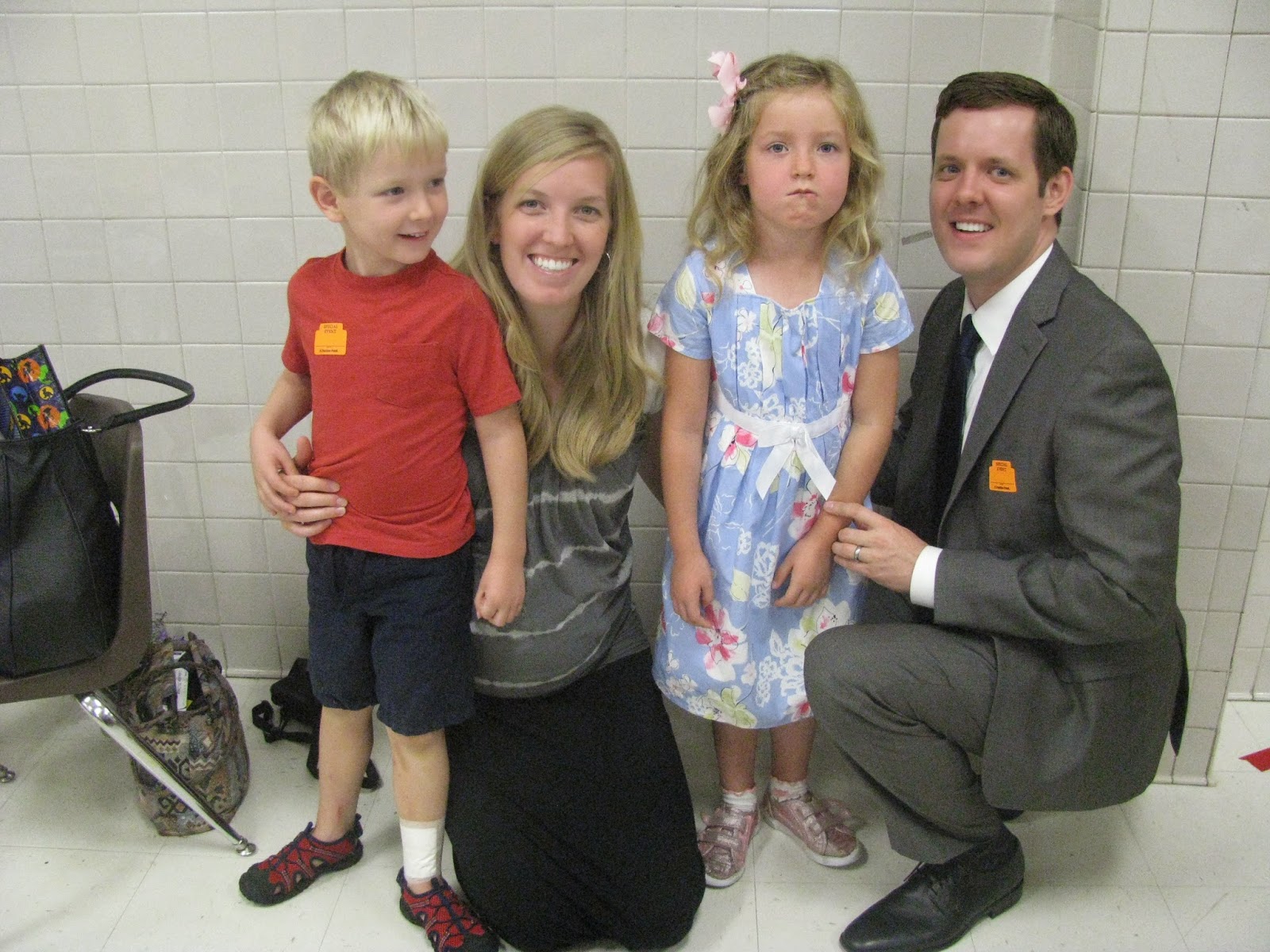 Anna was going through a phase where she'd bite her cheeks to keep from smiling if anyone was paying attention to her. She didn't seem shy, but she'd get embarrassed easily. There are so many more weird pictures that I didn't post. This is fairly representative. I'm glad she's growing out of that and feeling more confident now. 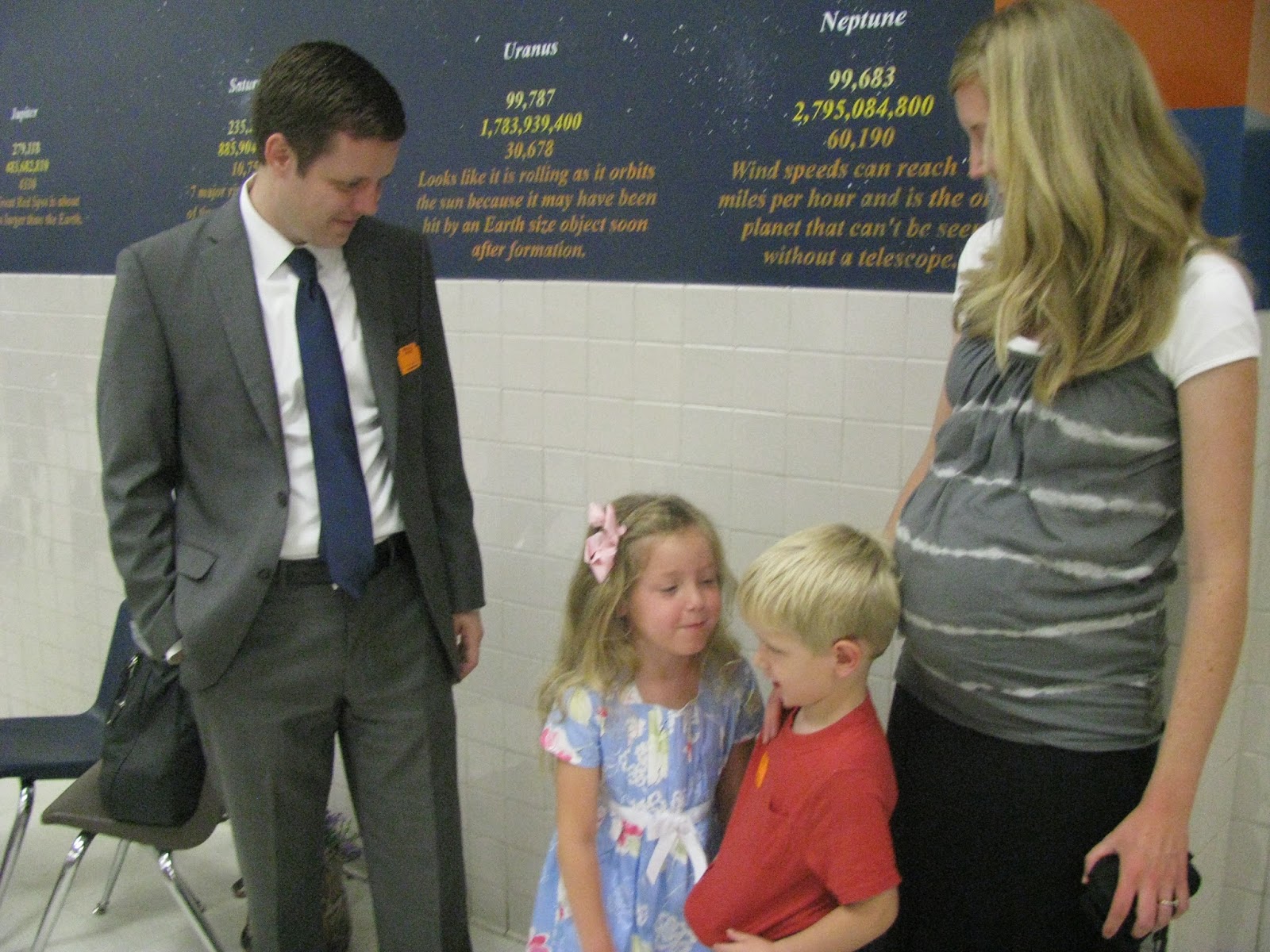 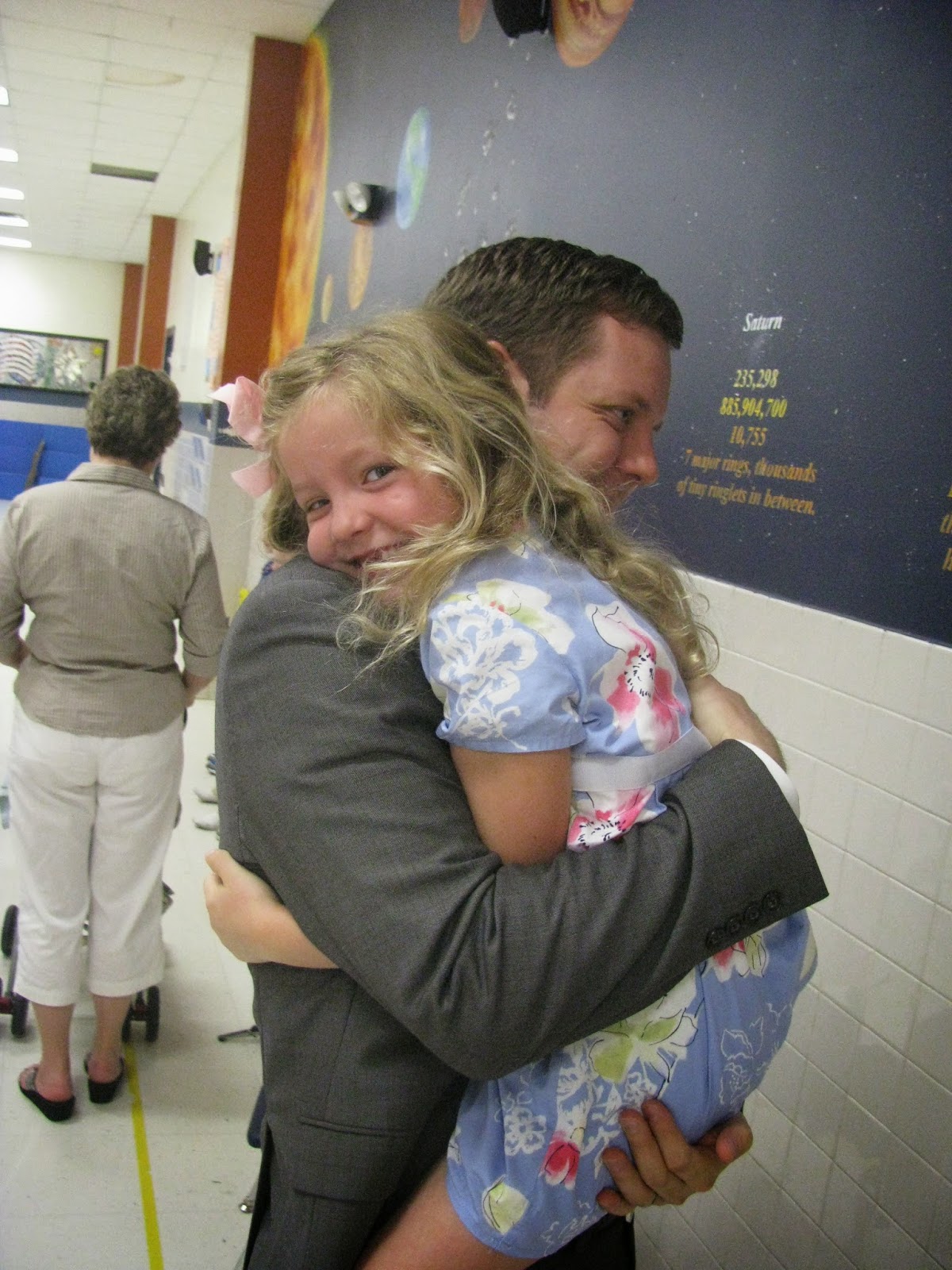 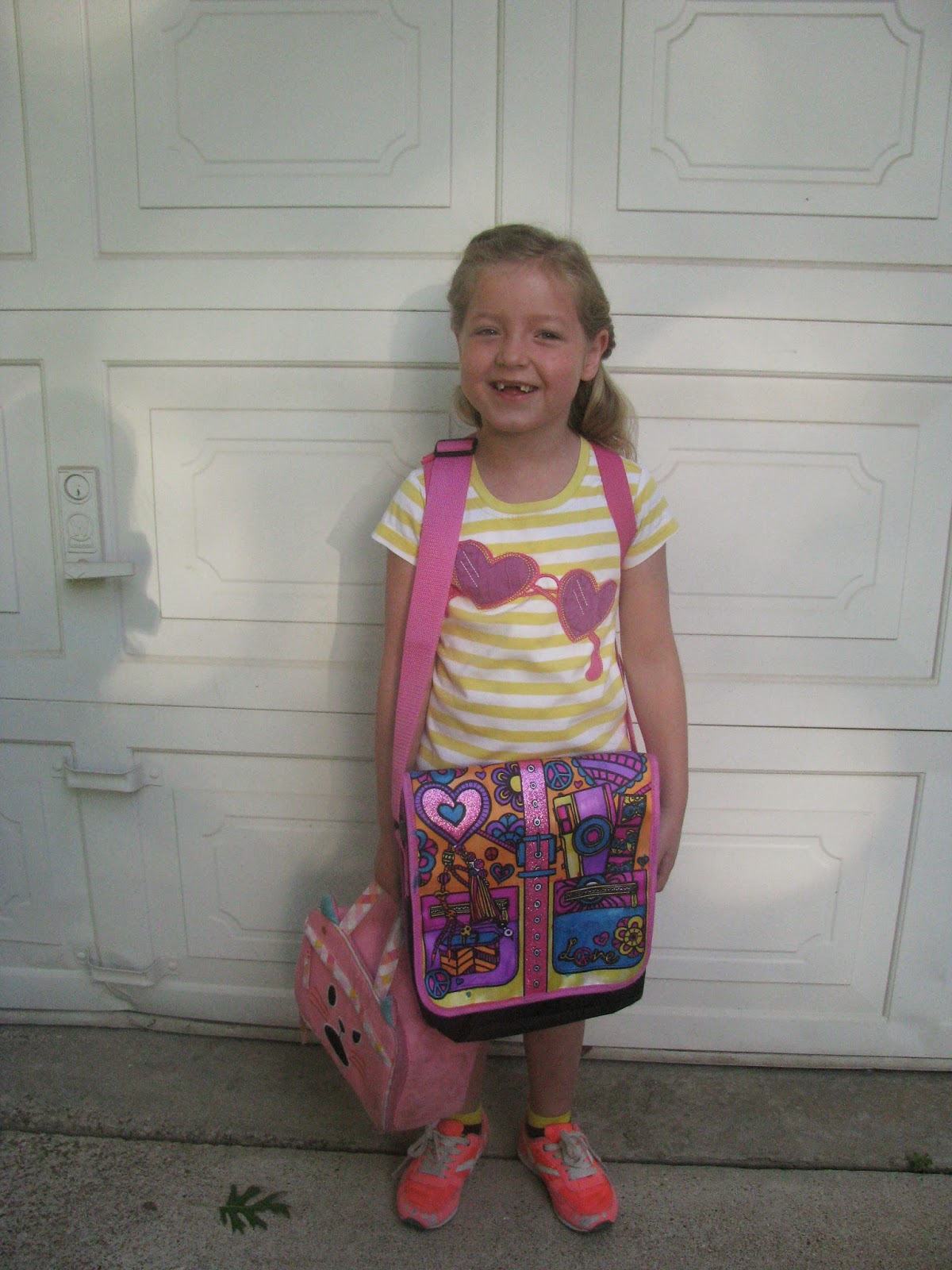 Sam was in charge of a little safety spotlight for a meeting at work. He decided to do some summer safety tips including food safety, sun protection, and insect protection. He used our children as adorable models. He got rave reviews from co-workers. 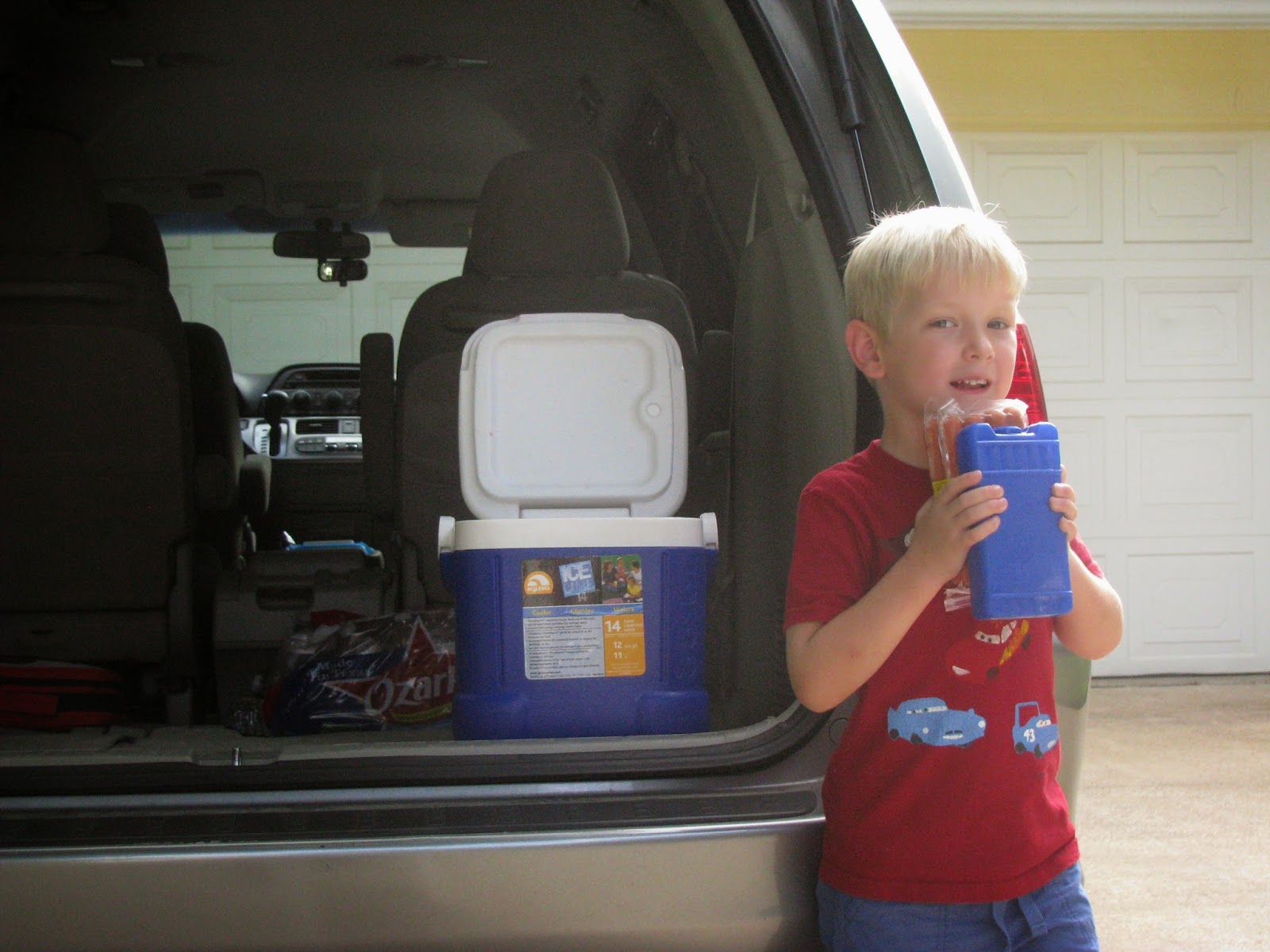 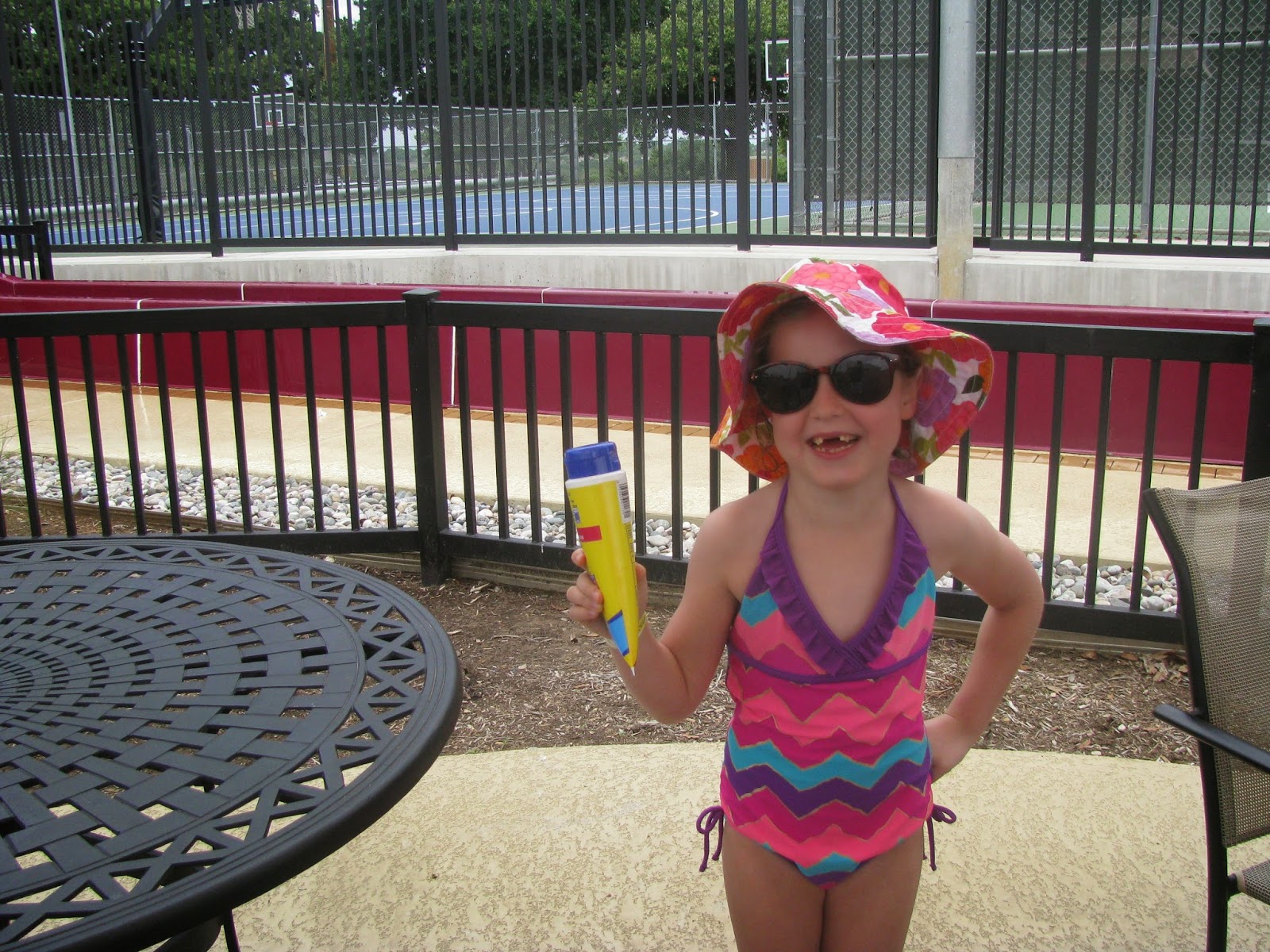 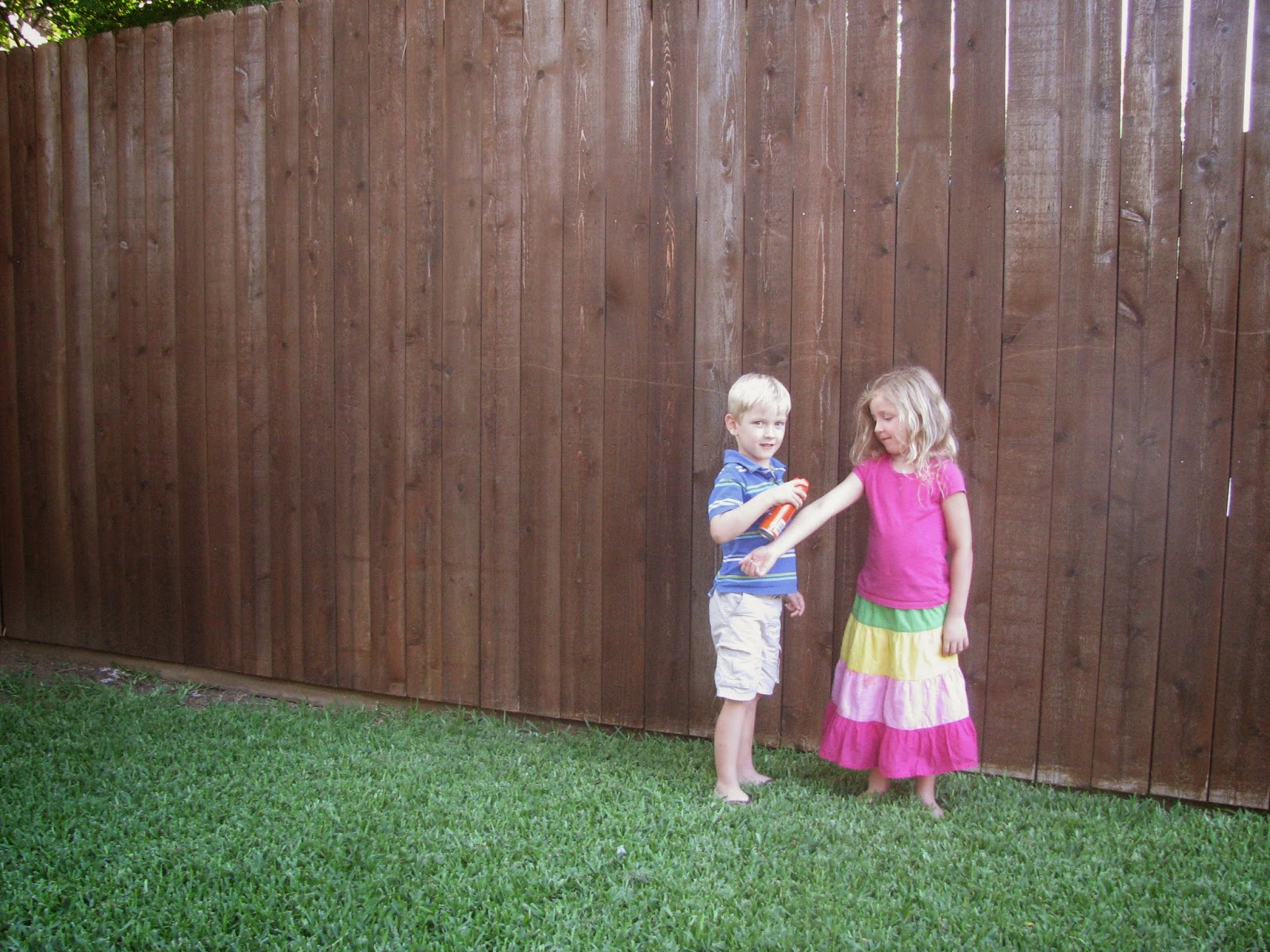 I have no idea what this photo is for, but look how little Levi looks in it! 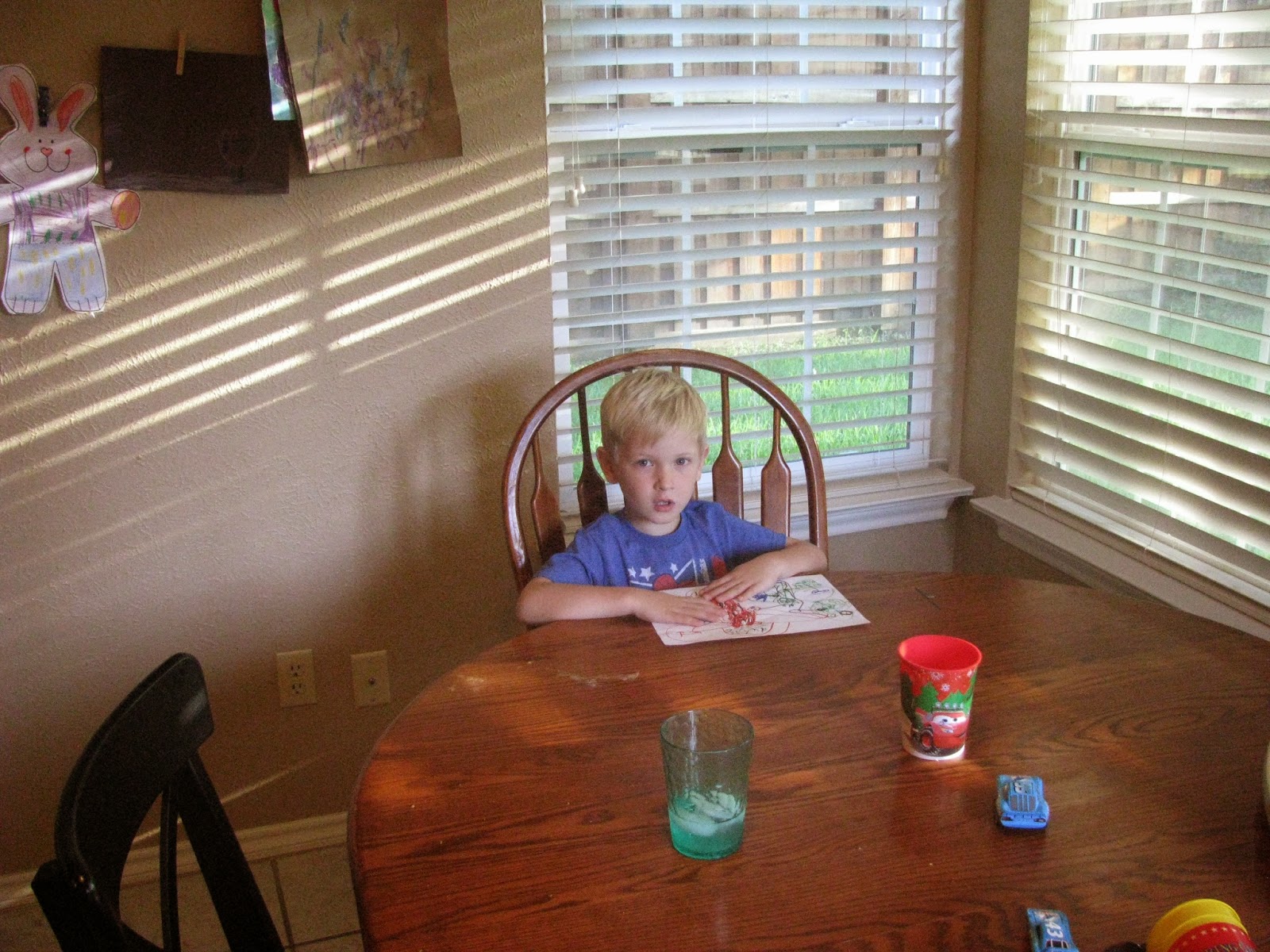 This was near the beginning of summer break. These two played together really well through June which was a nice help to me in my really pregnant state. I just found them here one morning in crowns on the bar. 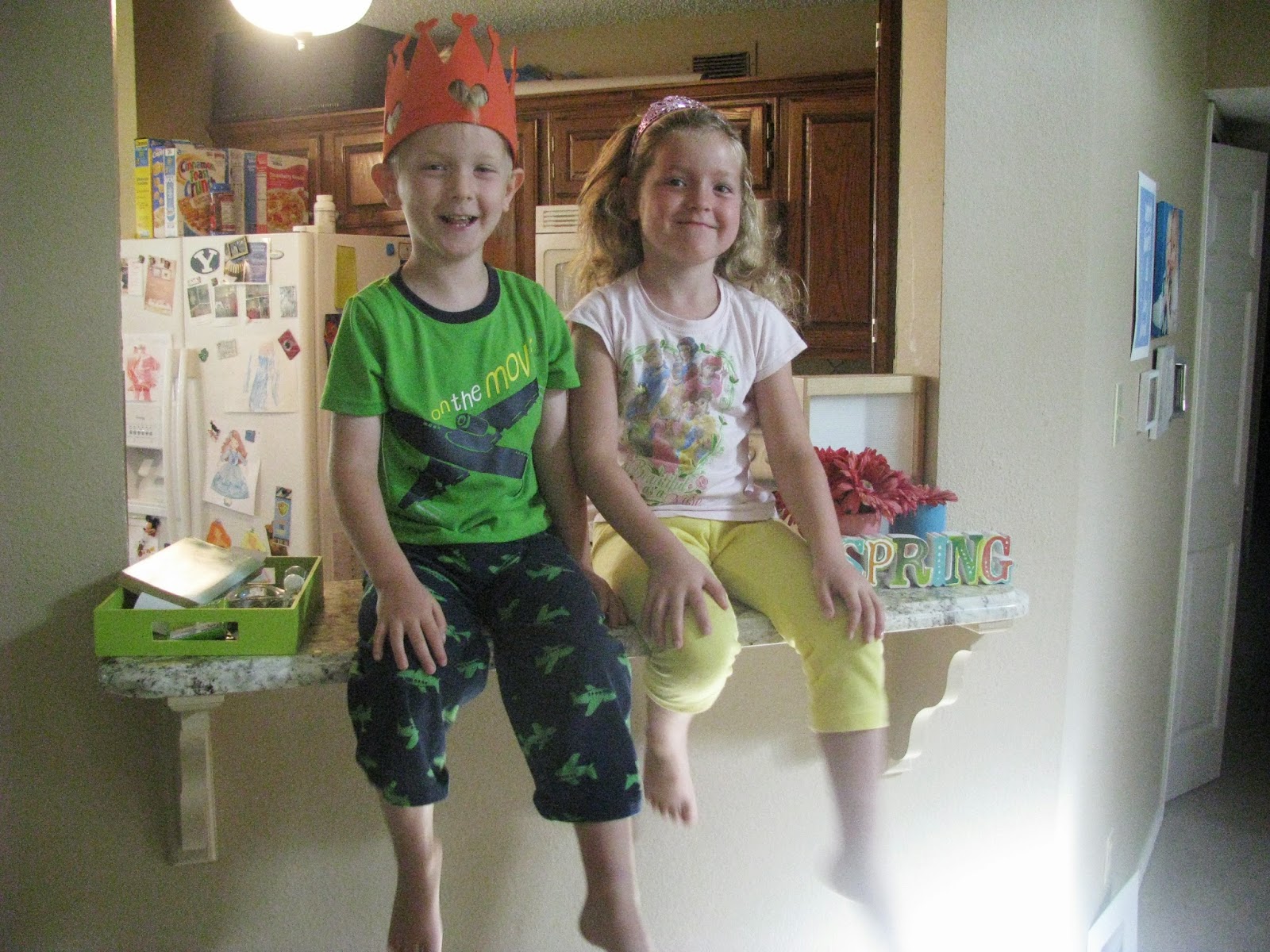 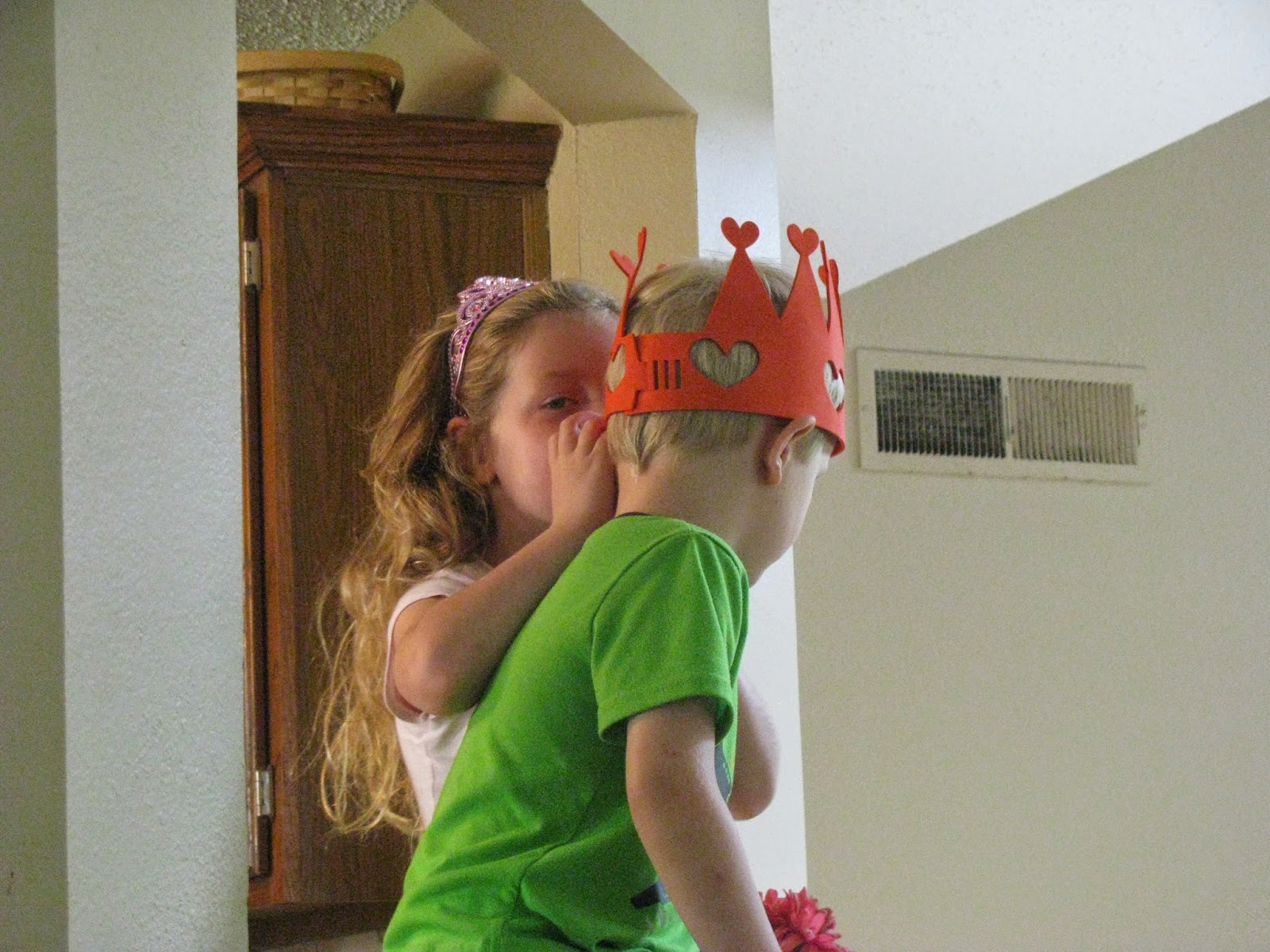 Being kitties after swimming one morning. 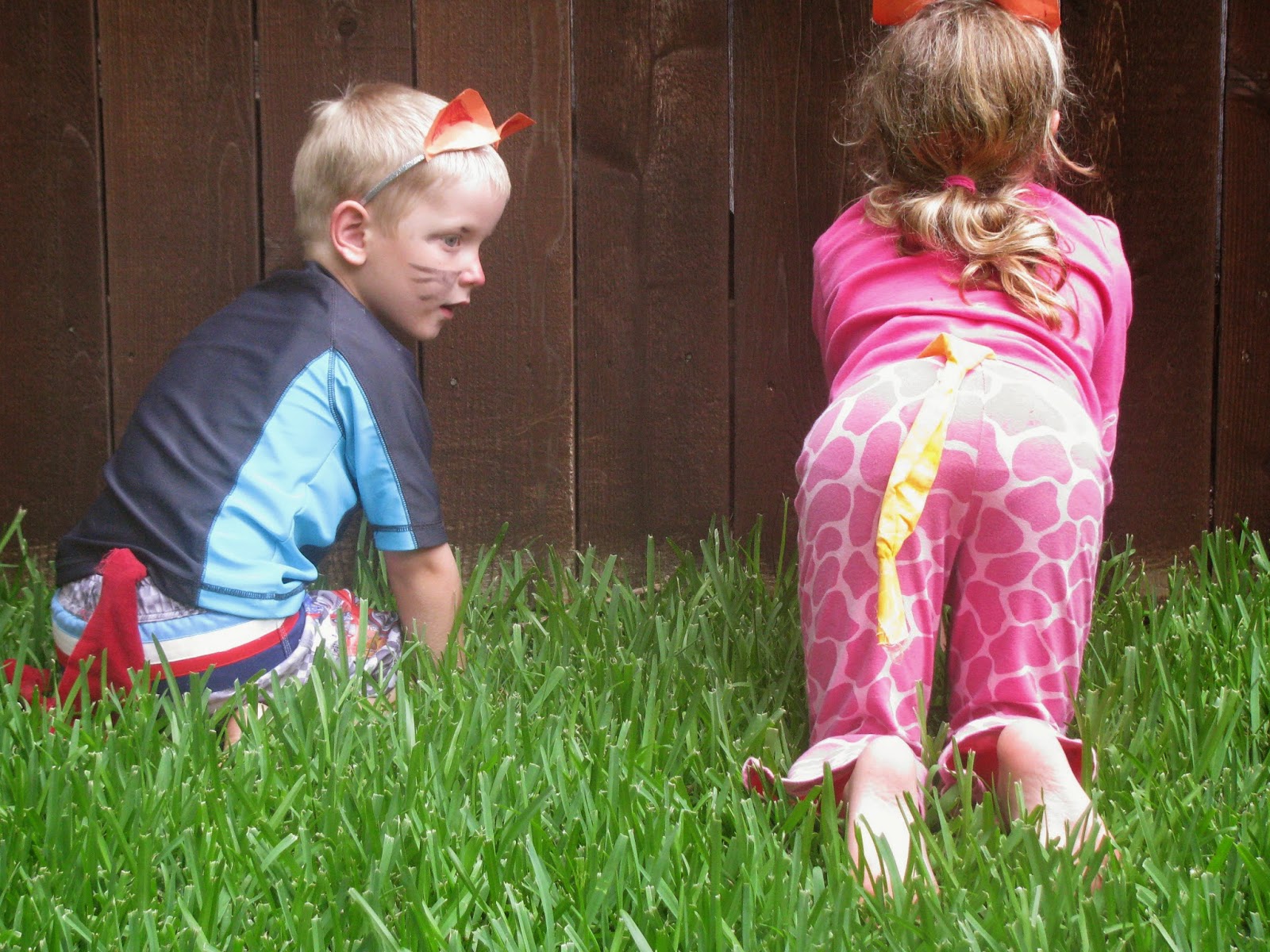 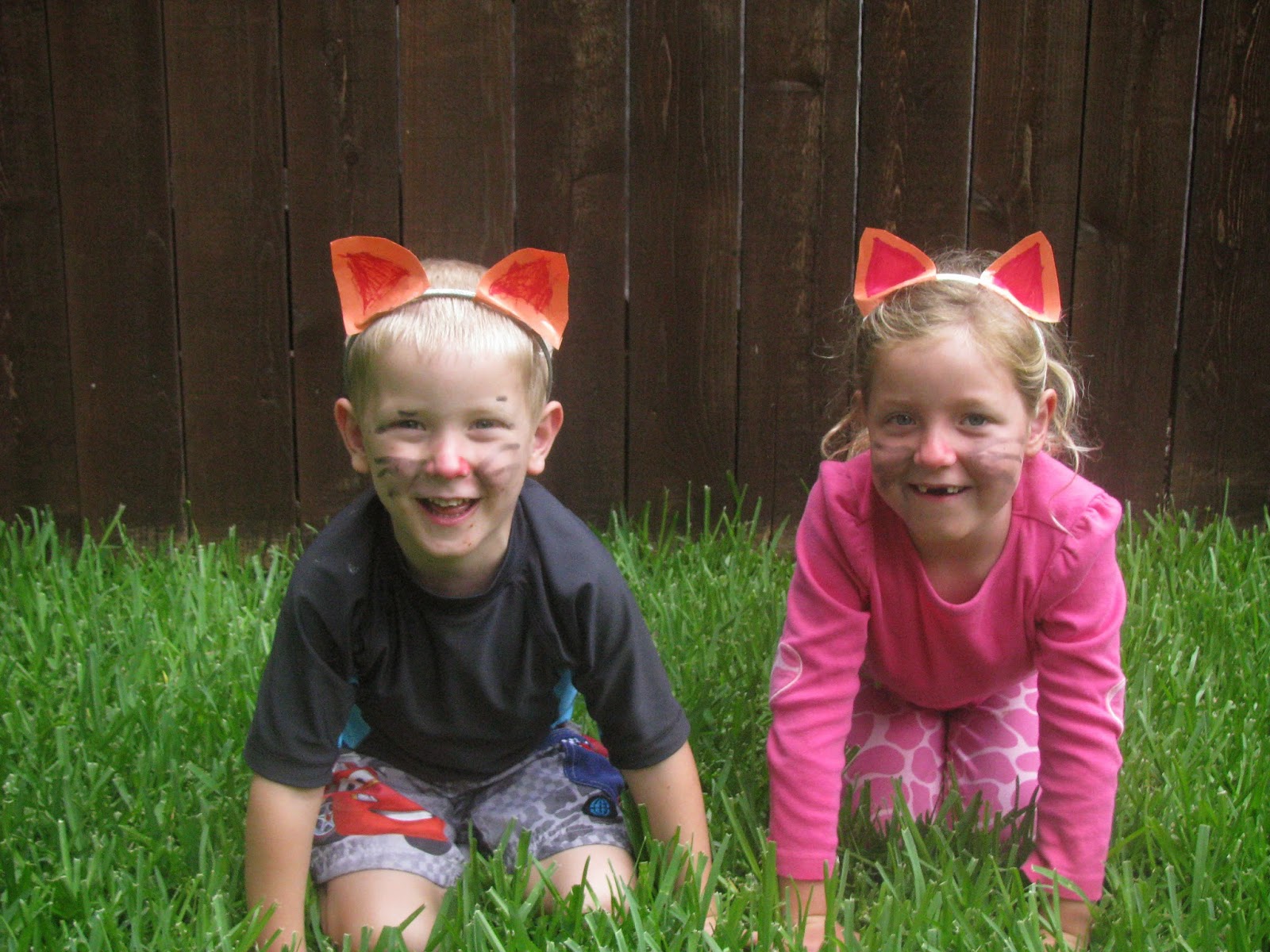 Anna's friend Madison had her over for a playdate and gave her this sleeping mask. It looked too funny on Anna. 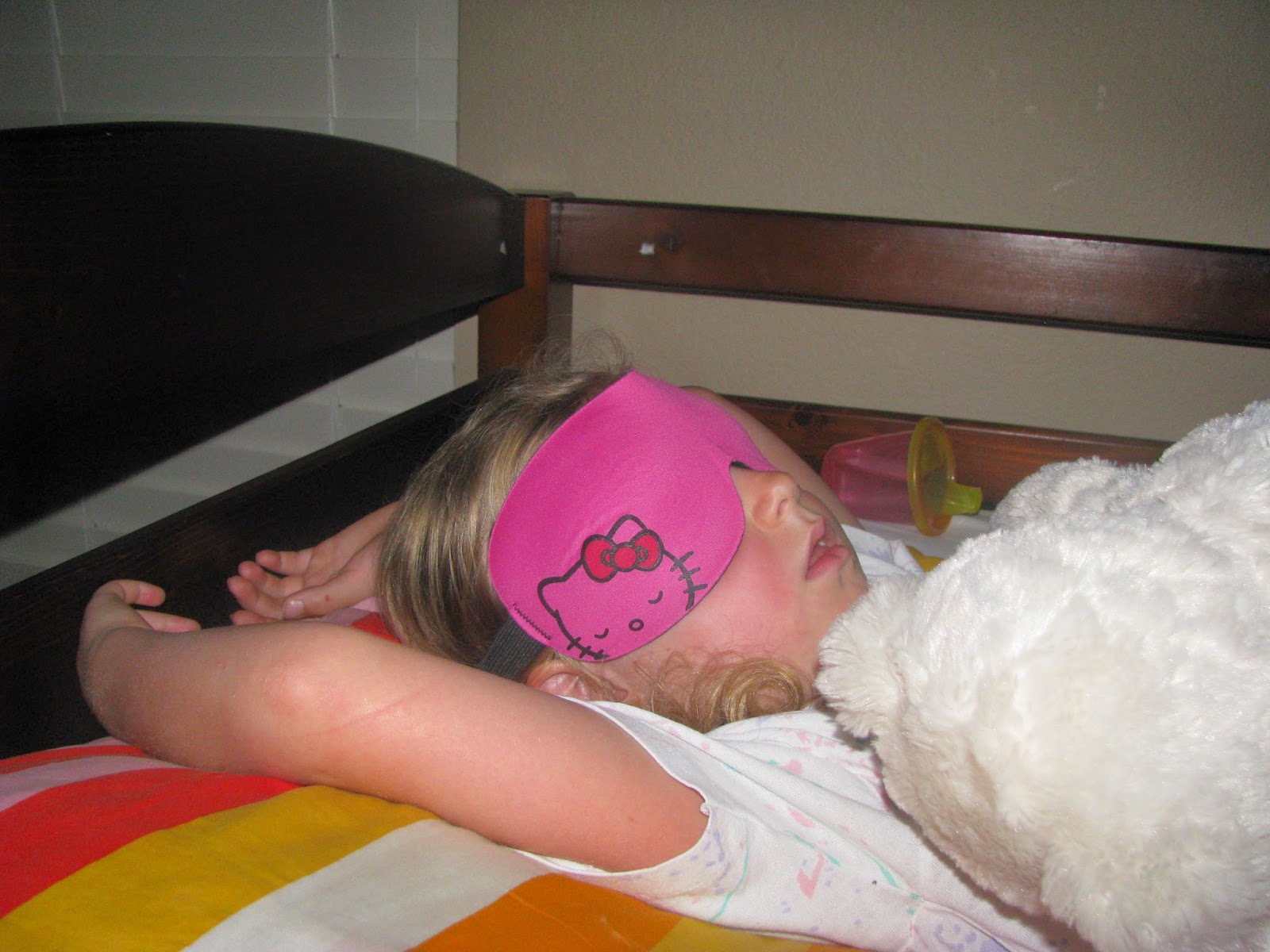 And then, Emily was born! More on that here. 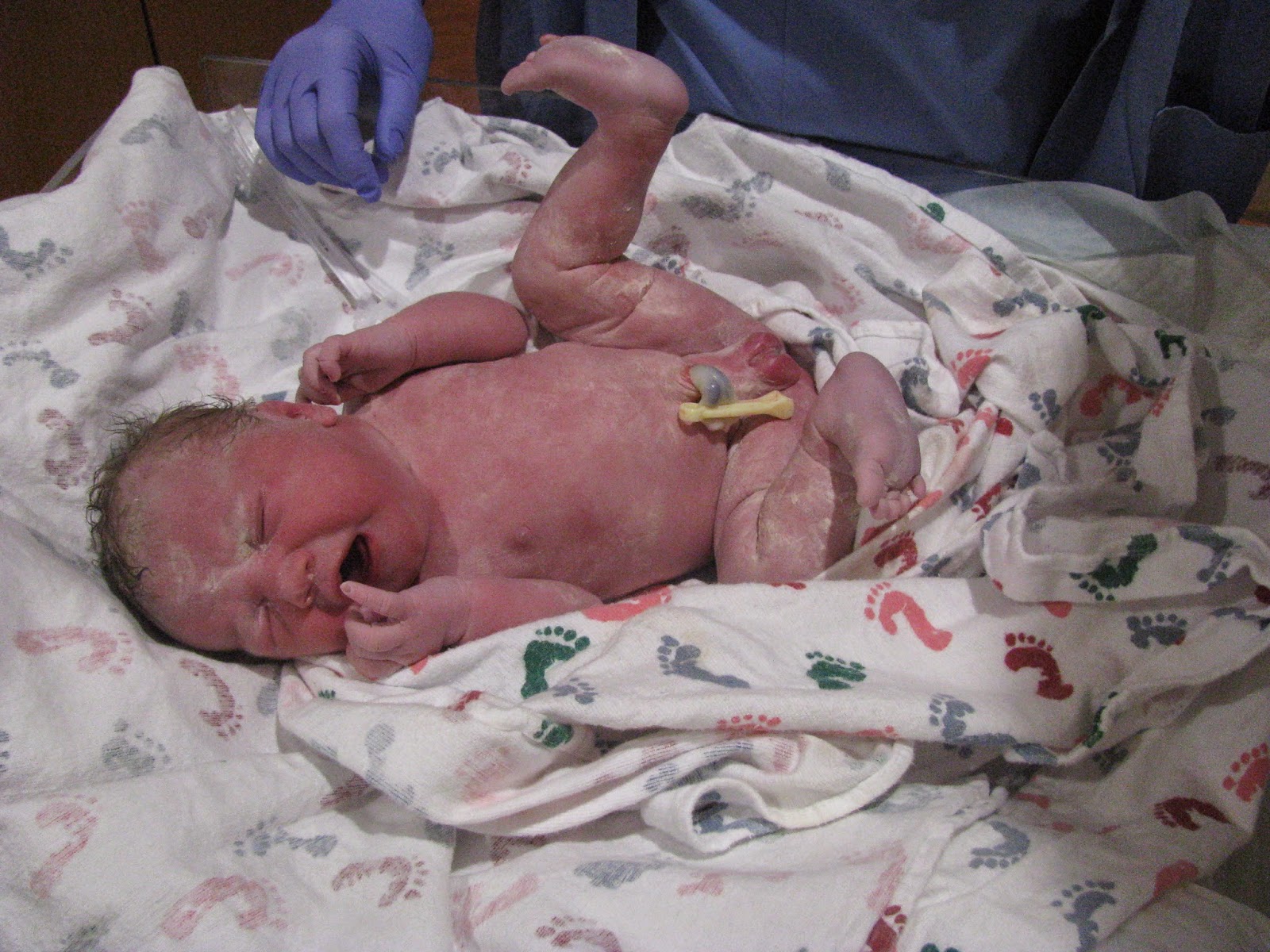 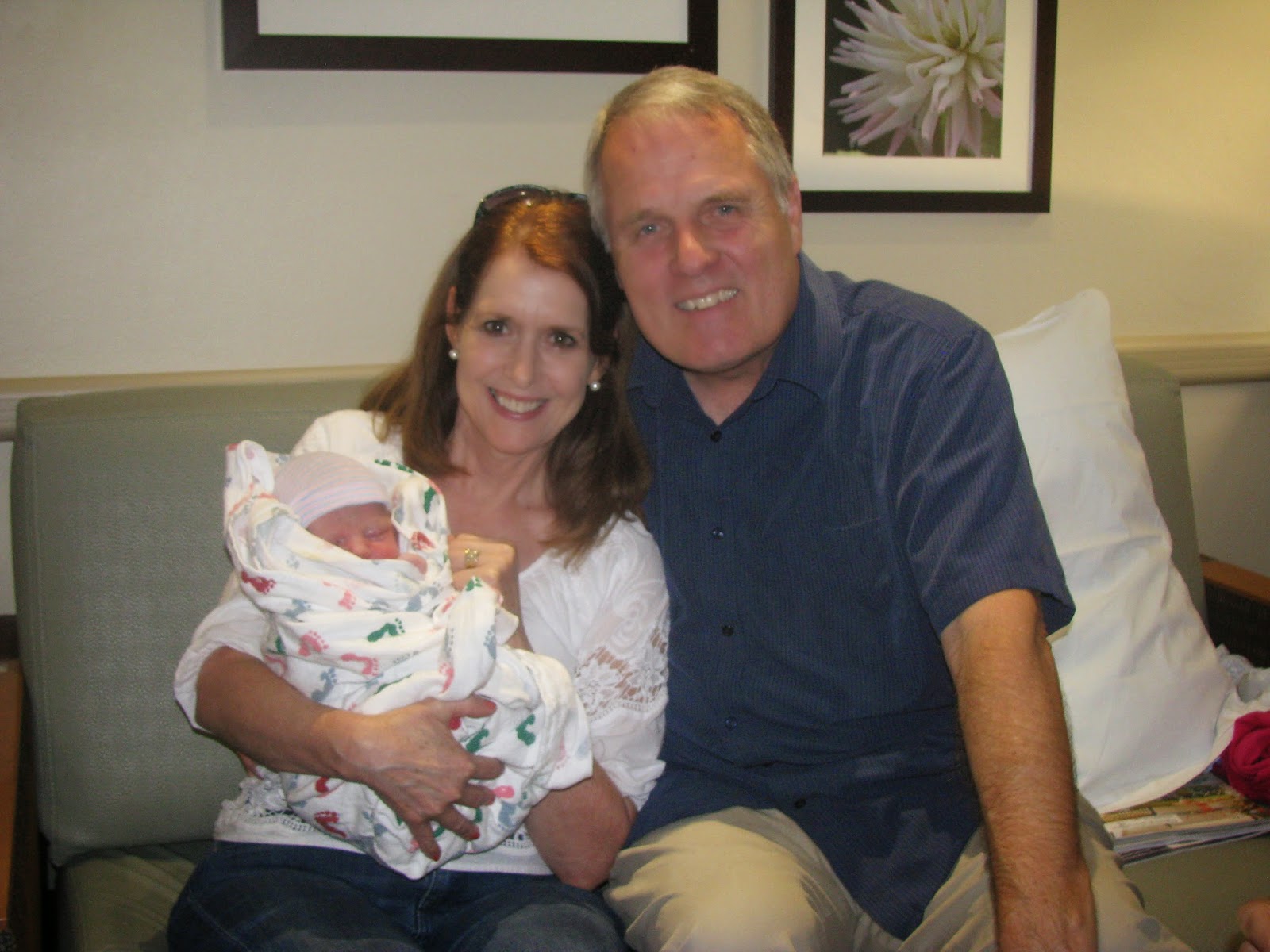 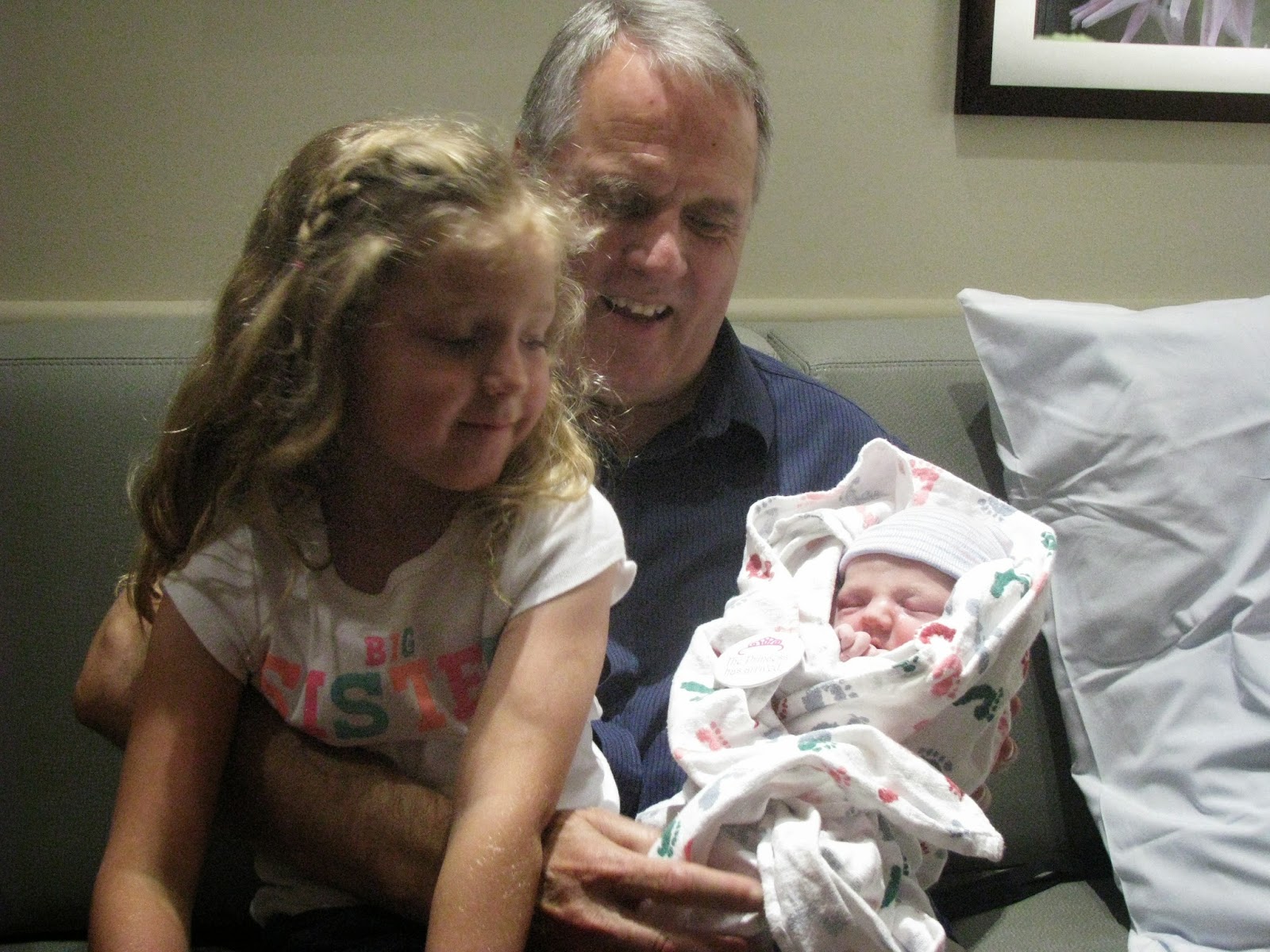 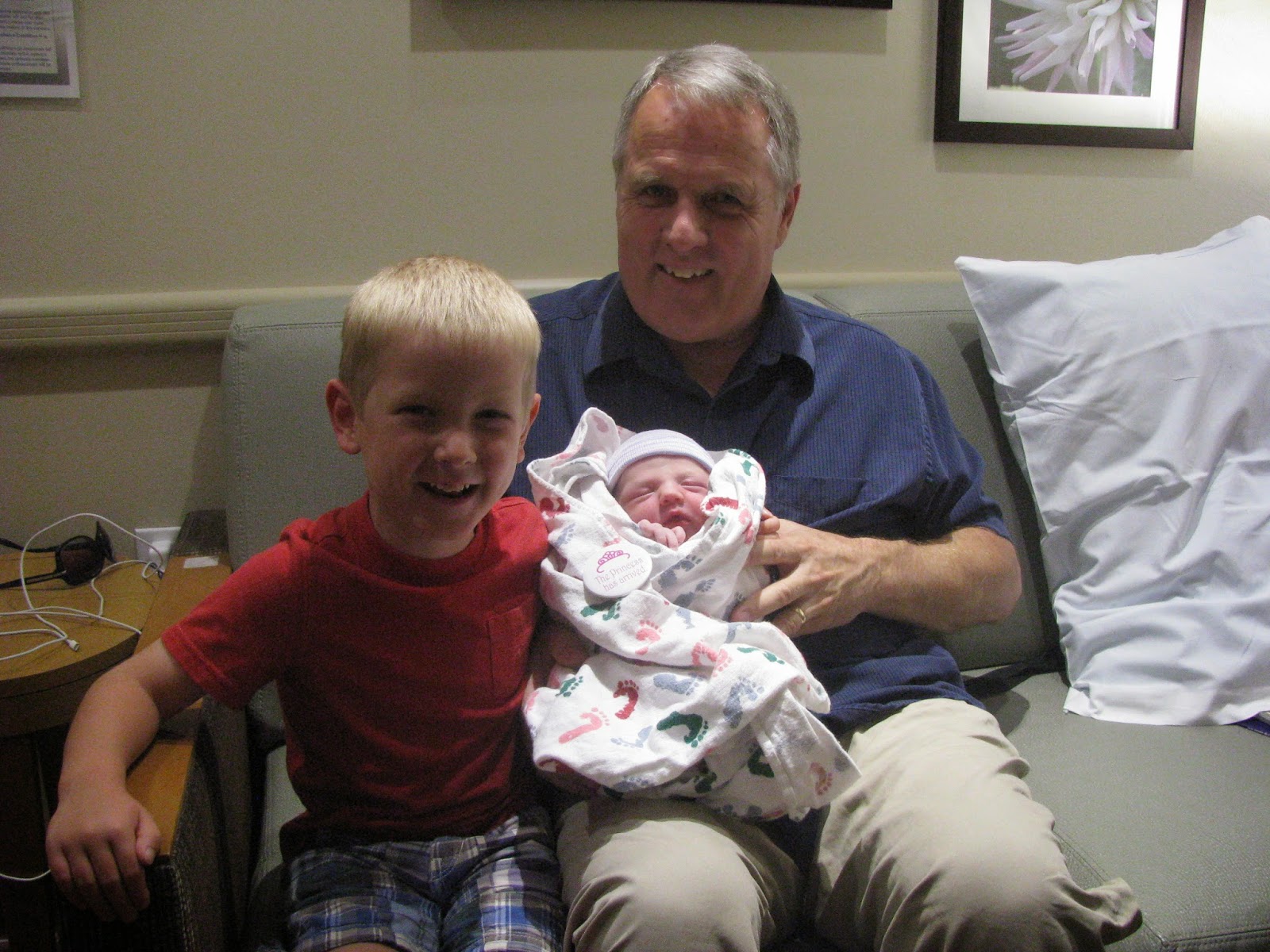 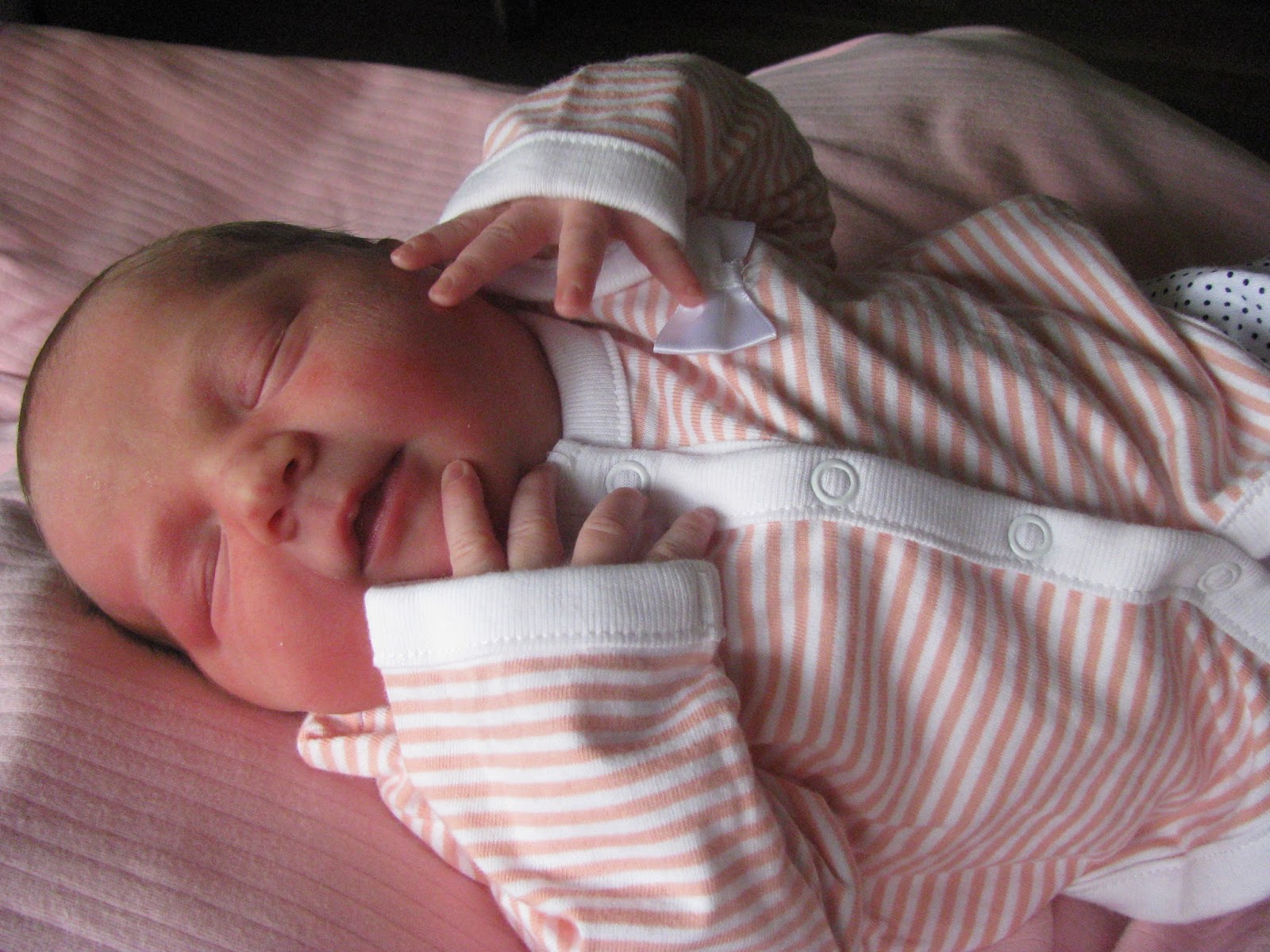 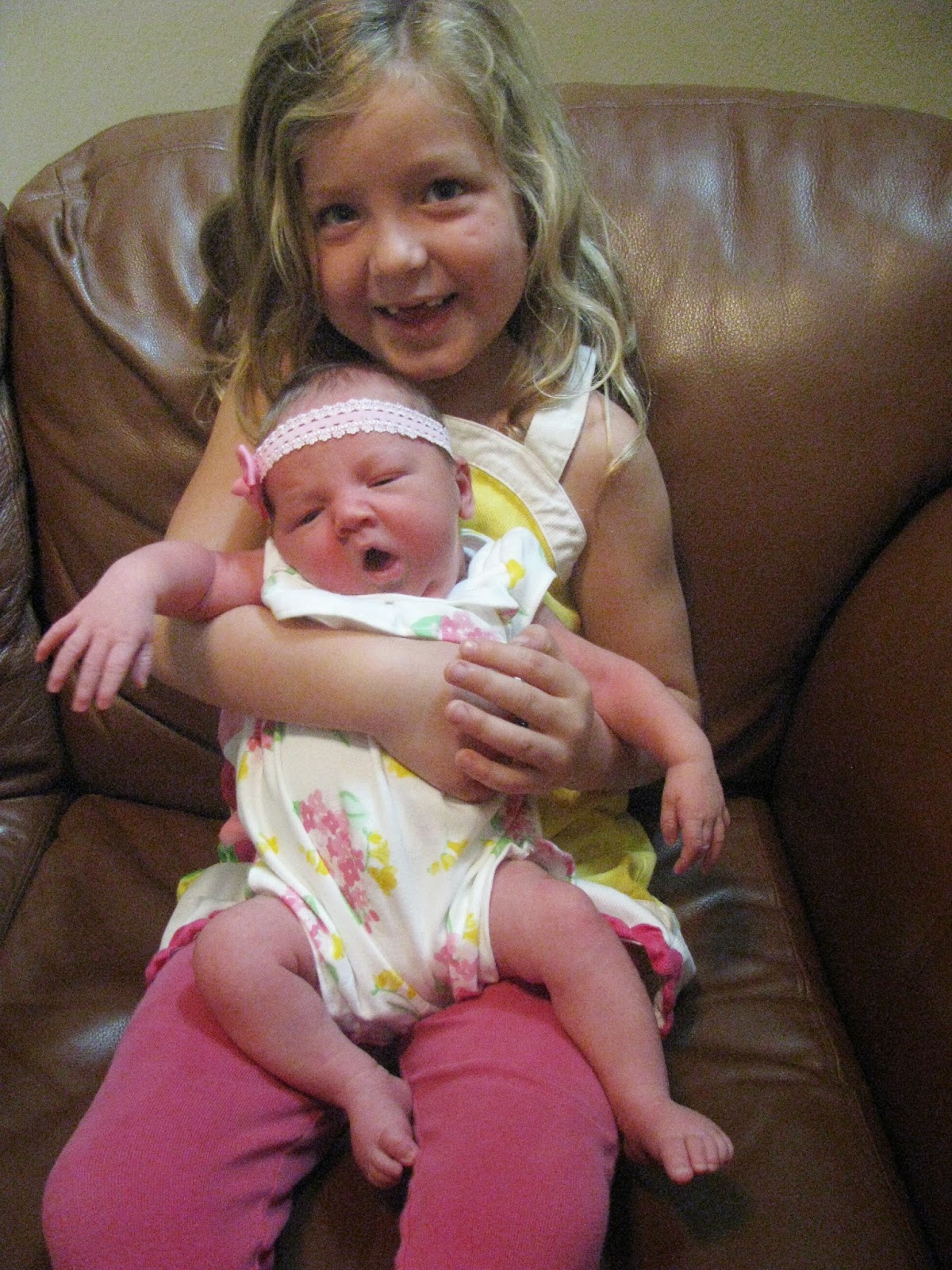 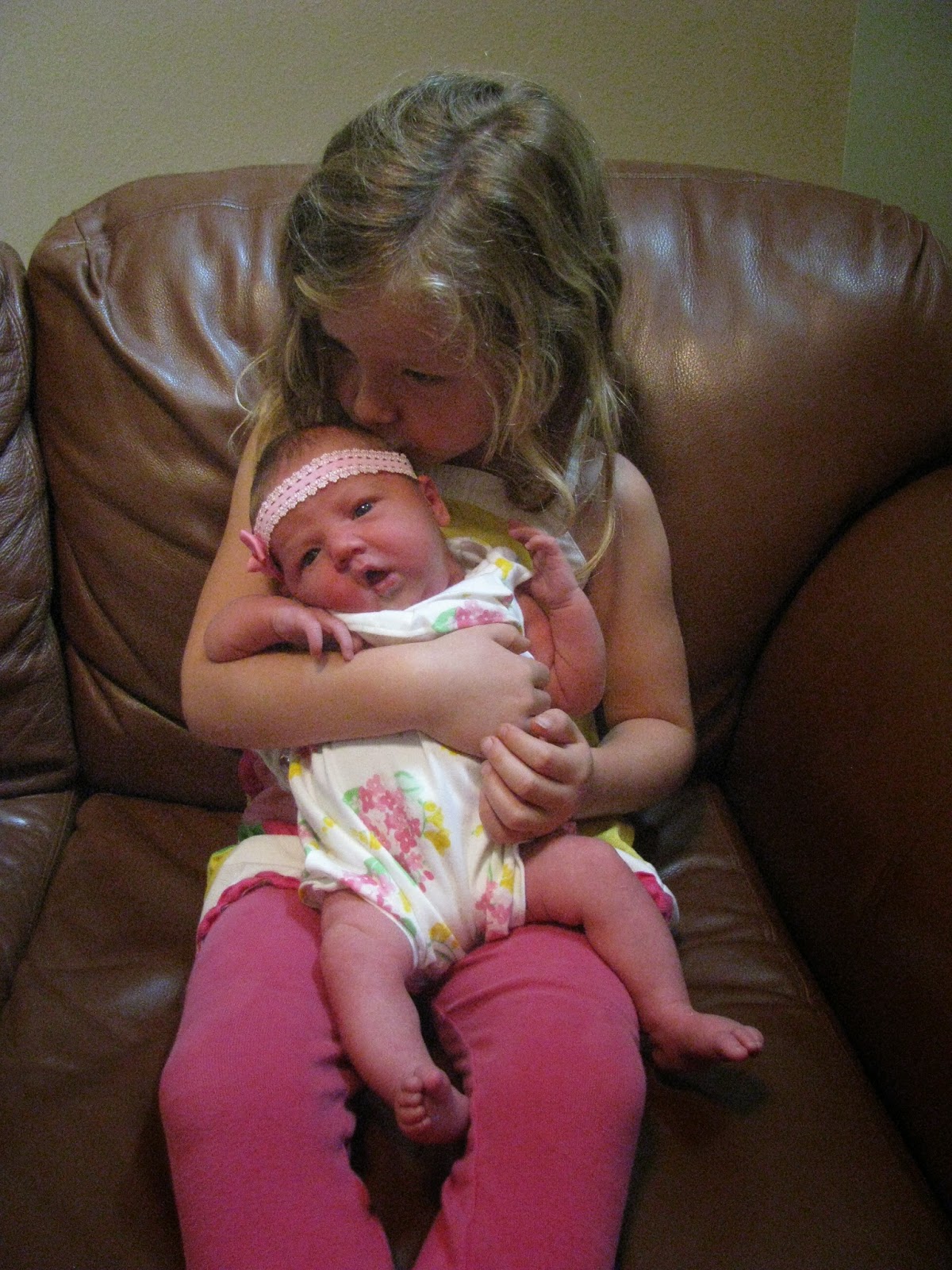 Anna was smitten from day one, and is still the best little mini-mom. Levi had a little rougher adjustment, which was to be expected, but now Emily has him wrapped around her finger. He's a fabulous big brother who can get big smiles from his little sister. As we got out of the car today (in January) he said, "You always bring joy, Emily!" She does and we all adore her and I adore my older children when they are loving on her. 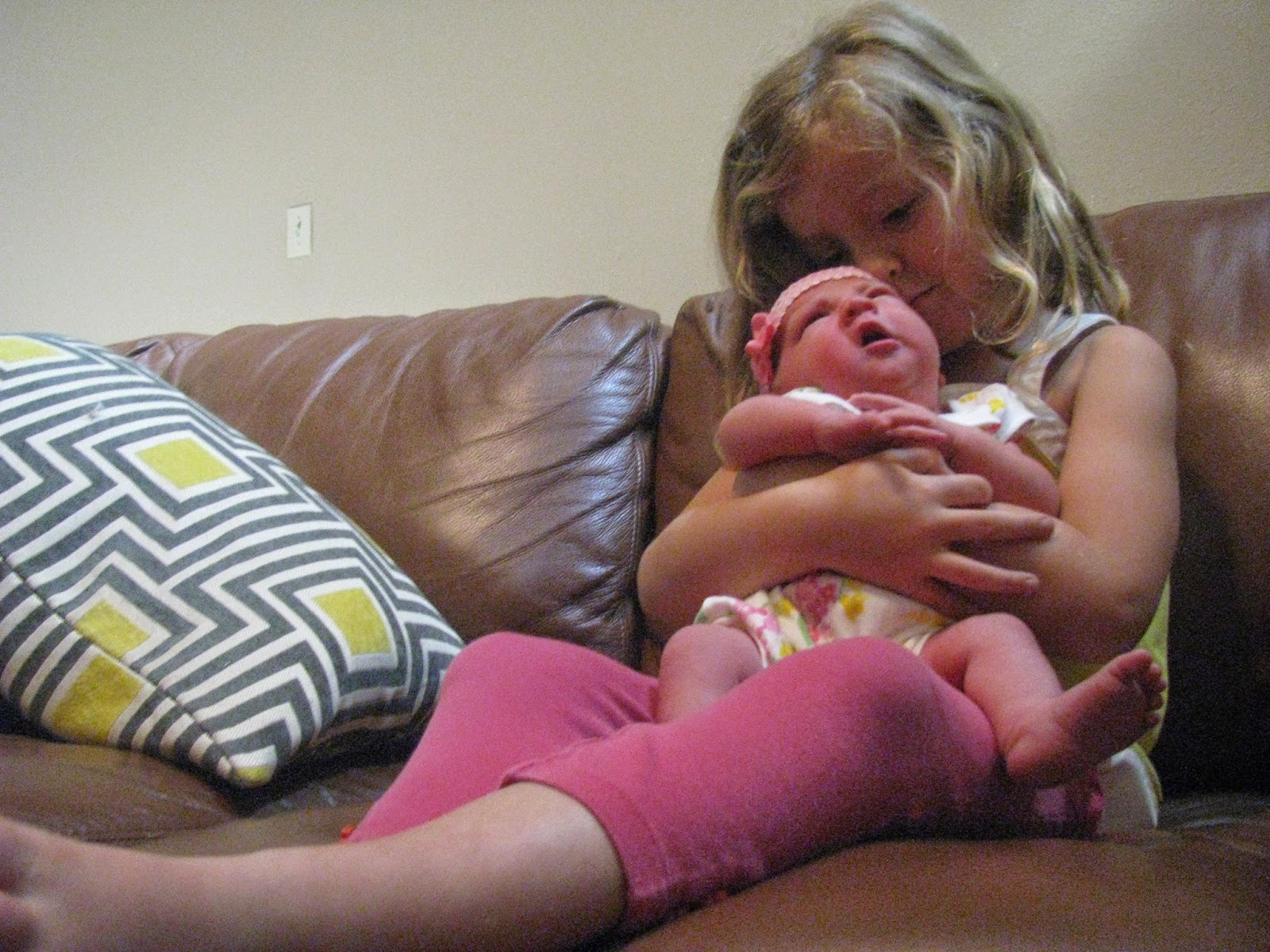 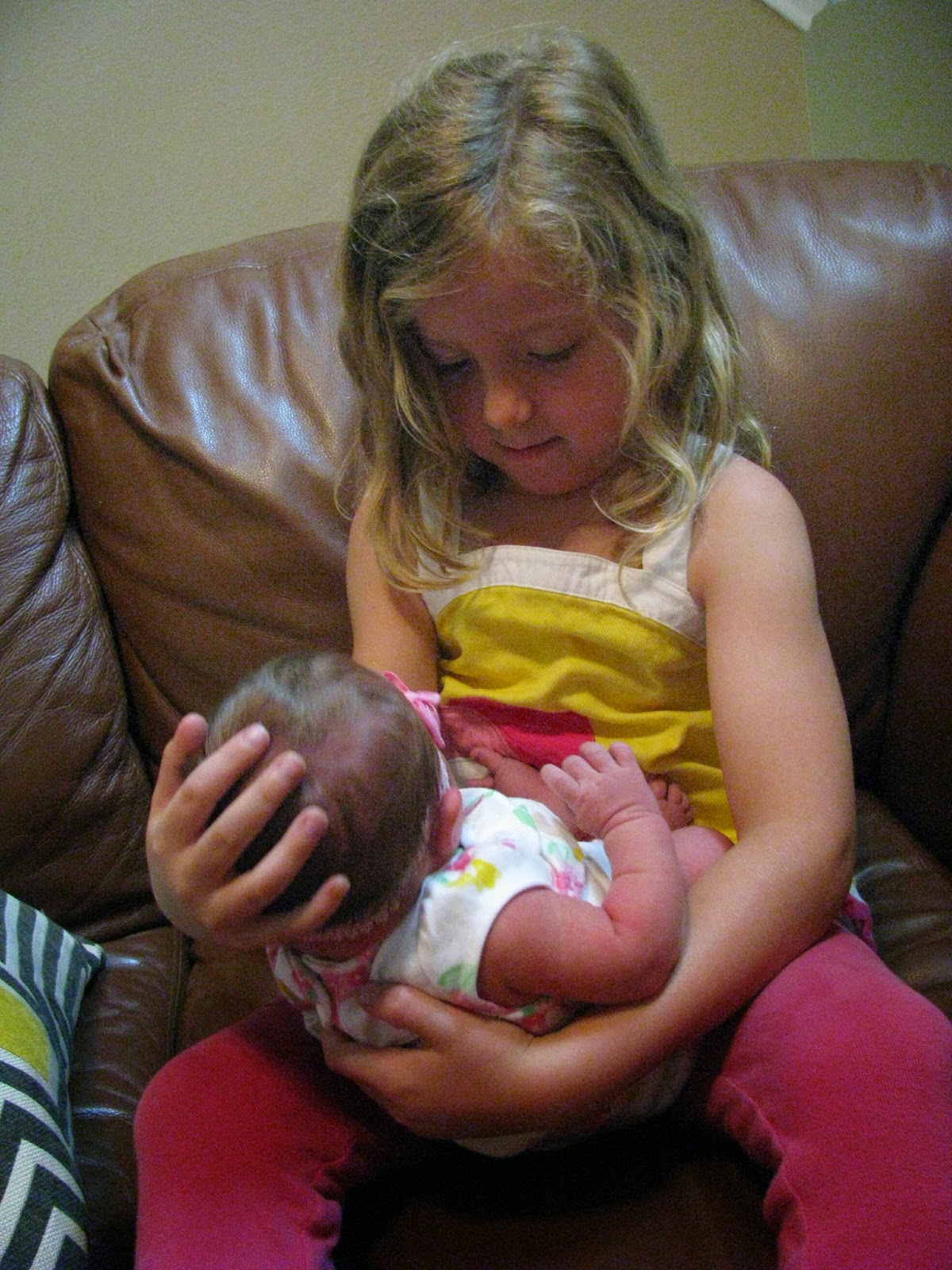 Love it all. Those are great pictures of Levi and Anna playing together and holding Emily. Priceless.