April was the month we went to Germany, so I've thrown in a few teaser photos from that trip, but I'll blog about it another time.

We had a last minute invitation to a fundraising dinner for Junior Achievement since Sam has done some volunteering with them. My go-to babysitter was blessedly free and my friend Jessica lent me this gorgeous formal maternity dress. I was slightly on the over-dressed side (most women were in nice suits/cocktail dresses, but a few were in floor length gowns) but it was fun to get all dressed up for a night and wonderful to be able to give back when we've been so fortunate.

Also, the dress was a little too-low cut, but all my black tank tops were faded. So I cut the bottom off of Levi's Lightening McQueen jumpsuit leg (which was too long anyway) and pinned it inside the dress. It matched perfectly :) 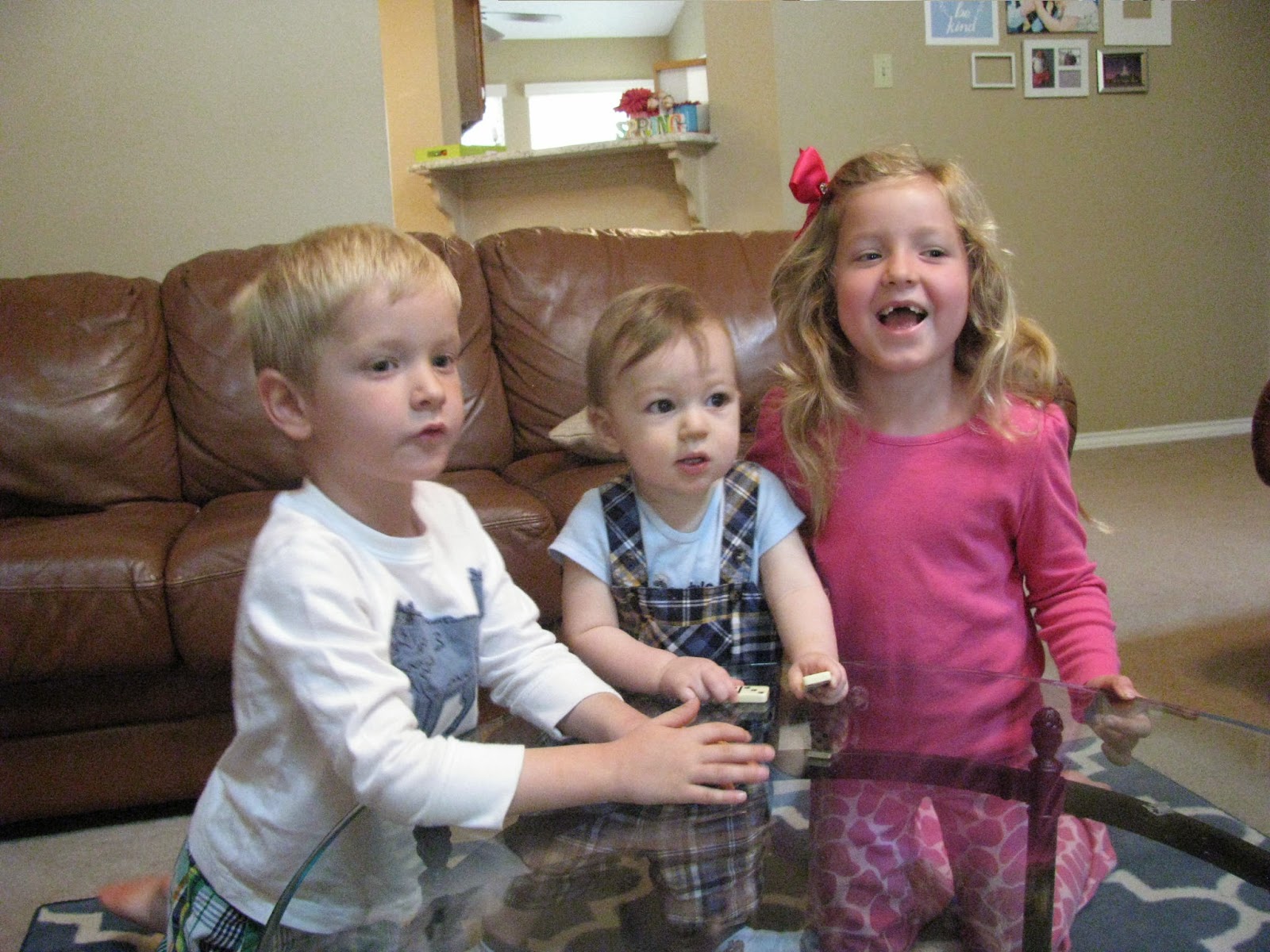 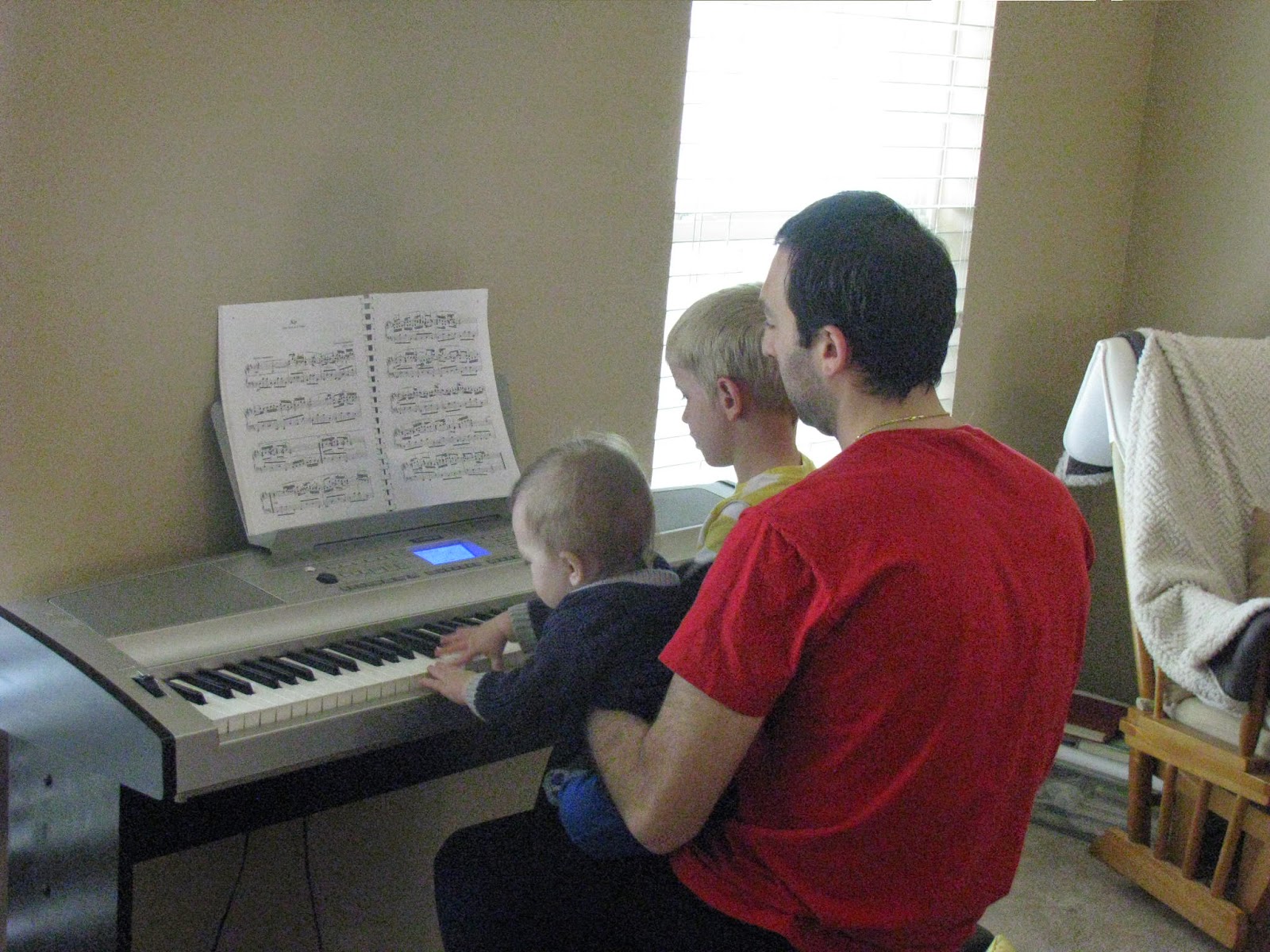 We also got the BEST VISIT EVER in April when Anna Jo, Jeff, and Jackson flew to Texas for our friend Jessica's wedding. It was indescribably comforting to see Anna Jo and we spent a delightfully relaxed weekend talking and eating and playing with the kids. She and Jeff are such good parents and Jackson is the cutest little boy.
Levi loved to play peek-a-boo with Jackson. Also, he latched on to Jeff who played basketball and soccer and anything else Levi asked him to. Anna Jo brought some art supplies for the kids and we spent some time drawing and gluing and playing with play-doh.

This is the blanket I made for him!

Then, Anna Jo's brother, Jeff drove up from Houston and brought the most darling little cowboy boots for Jackson's first trip to Texas (and, you know, his first birthday the next week). He stayed the night with Jackson, changed his first diaper, and let Jackson have his first babysitting experience ever. My kids went up to Ruth and Van's house while Anna Jo, Jeff, Sam, and I went to Jessica's wedding in the beautiful middle of nowhere Texas. It was at this cute old barn and everything was decorated with bluebonnets and flowers and vintage lace from Jessica and Nathan's families. They had brisket and barbeque for dinner and the most delicious cake and cupcakes for dessert.

Also, their officiant and band had been the band playing when they met and when they got engaged. Everything at the wedding had meaning and significance and we were so lucky to be a part of it. 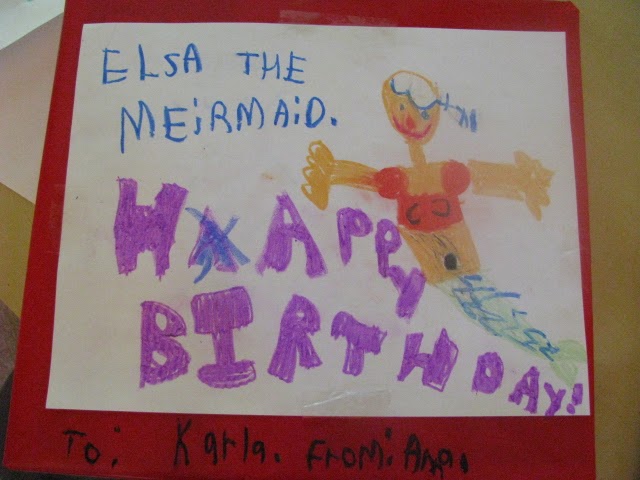 Anna had a birthday party for one of her best kindergarten friends, Karla. It was a swimming princess party. This was the card she made. 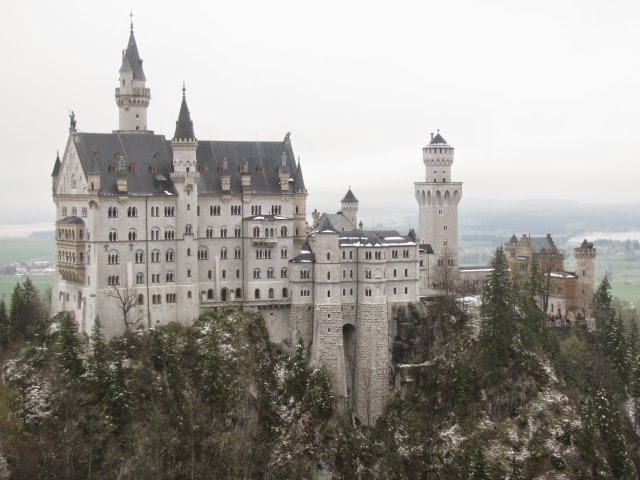 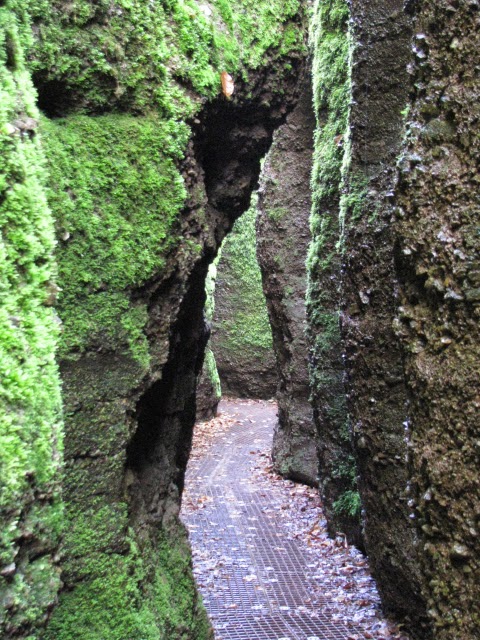 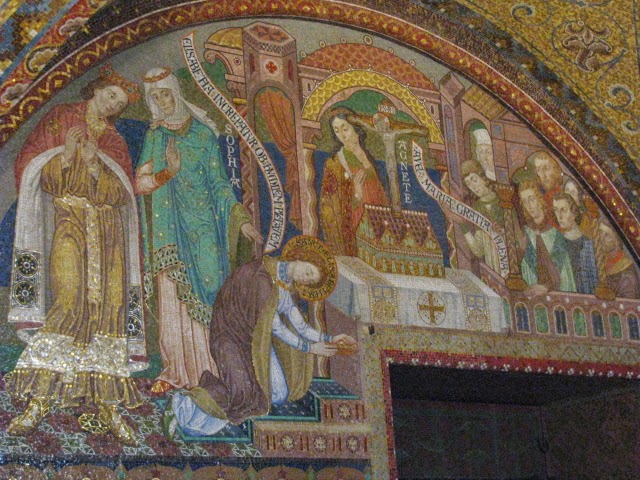 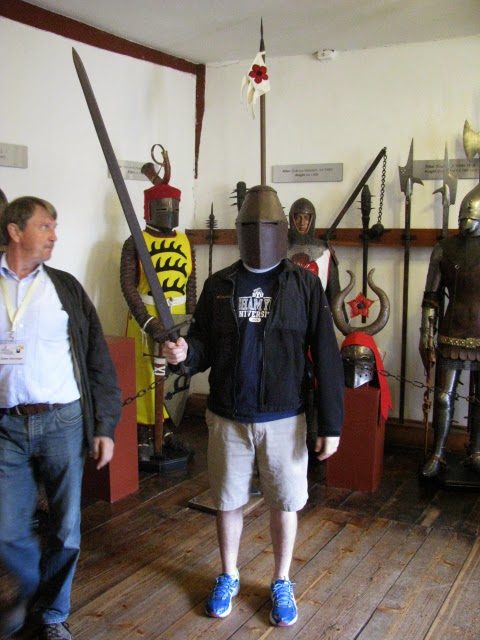 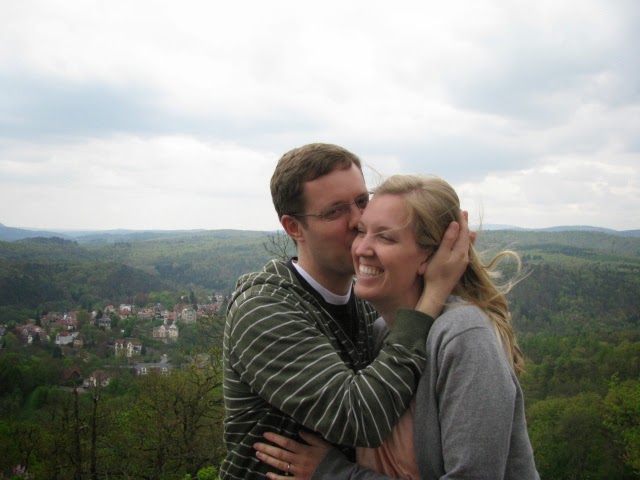 It was amazing, and we got to come home to this: 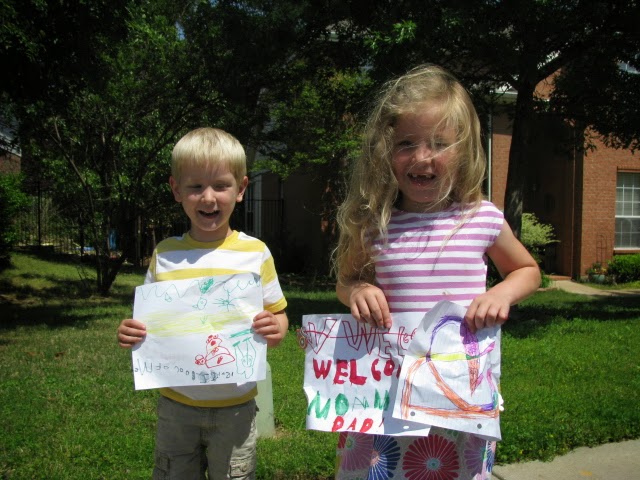 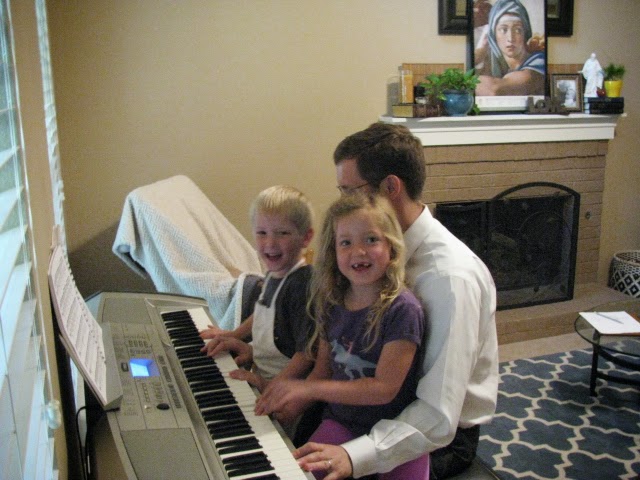 The kids were so happy to play with their Dad again.

That has to be one of the most creative and original temporary alteration tricks I have ever heard! I am still smiling. Elegance meets Lightening. Almost didn't recognize my grandson! Wow 6 months they change so fast! Cute pics thanks for sharing. By the way you looked gorgeous in the dress!