our last day in Boston

Our last day in Boston was sunny and warm and beautiful and we spent the whole day out in the city, seeing Bunker Hill, the Paul Revere House, and inside Old North Church for the first time, while visiting several others (as the Stay family puts it) "One Last Time!"

Here's what I wrote on facebook about it, "Thank you Boston for giving us one more sun-soaked day. And thanks Bunker Hill, Red Line, Green Line, Orange Line, Paul Revere wearing a Boston Strong Bruins jersey, Mike's Pastry, Boston FD, Old North Church, Haymarket, Greenway, sail boats, and last but never ever least, the Charles River for being so gracious as we said goodbye today." I definitely teared up several times during the day, but mostly I just soaked it up, being grateful for one last beautiful day. 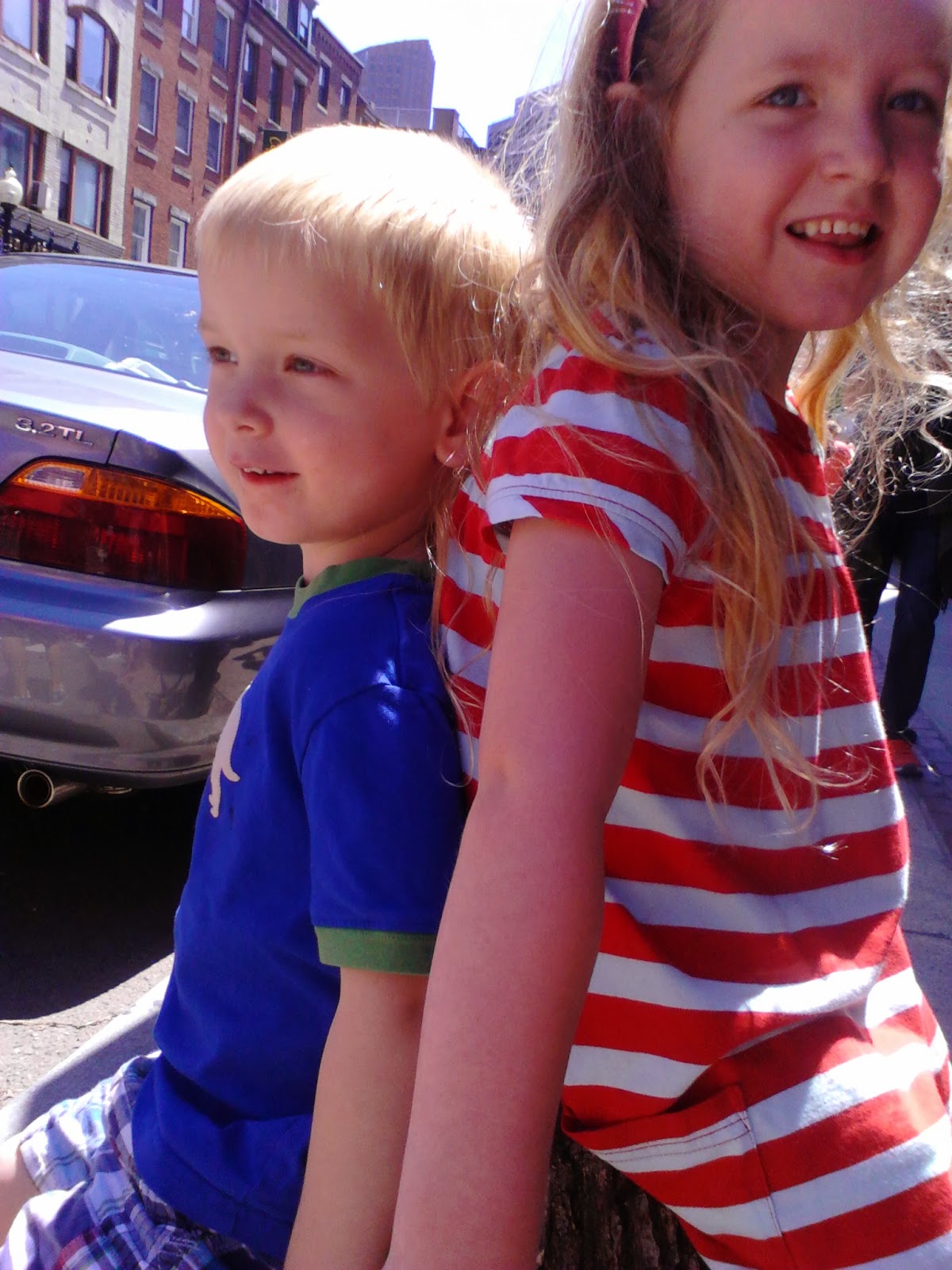 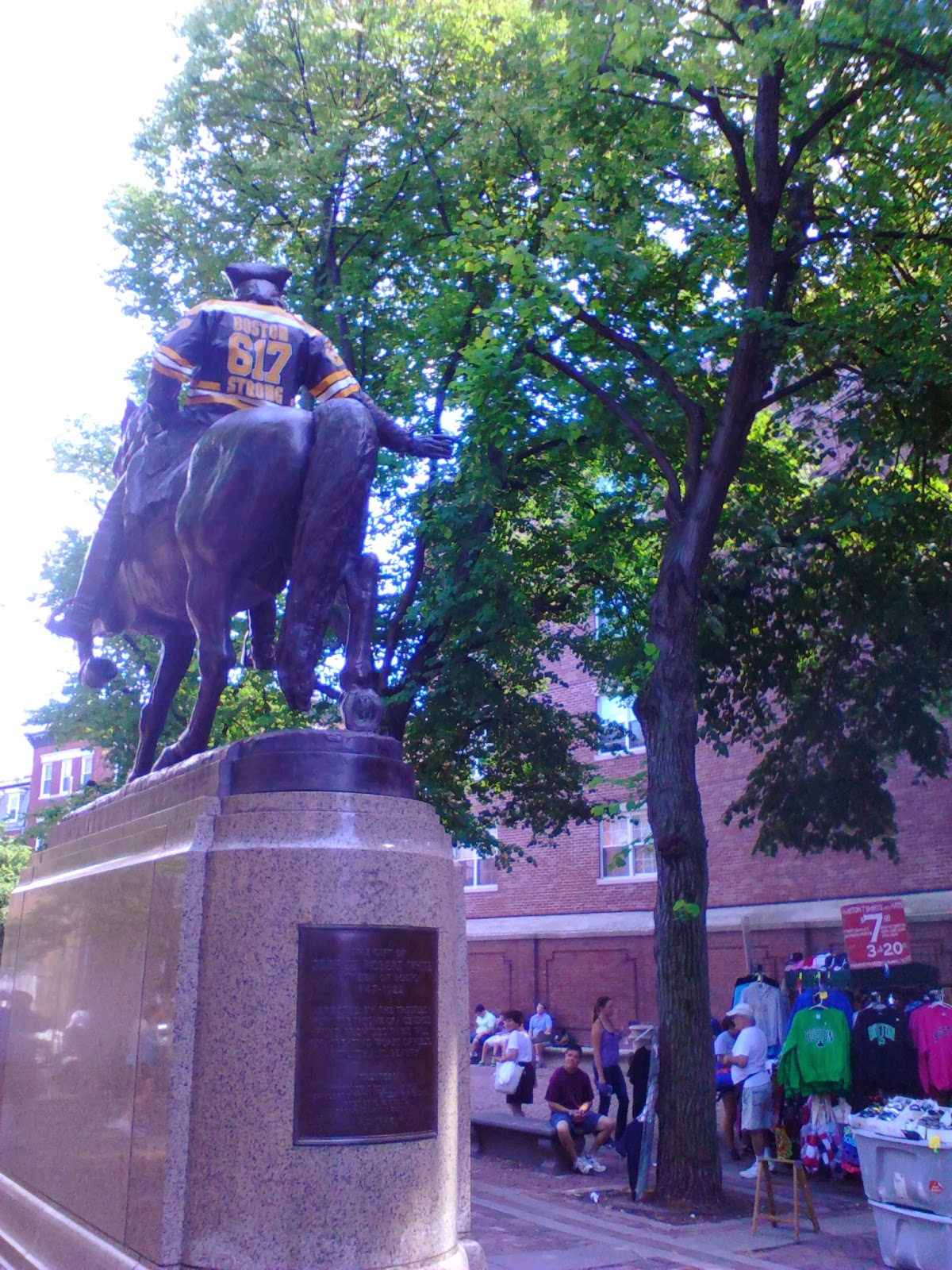 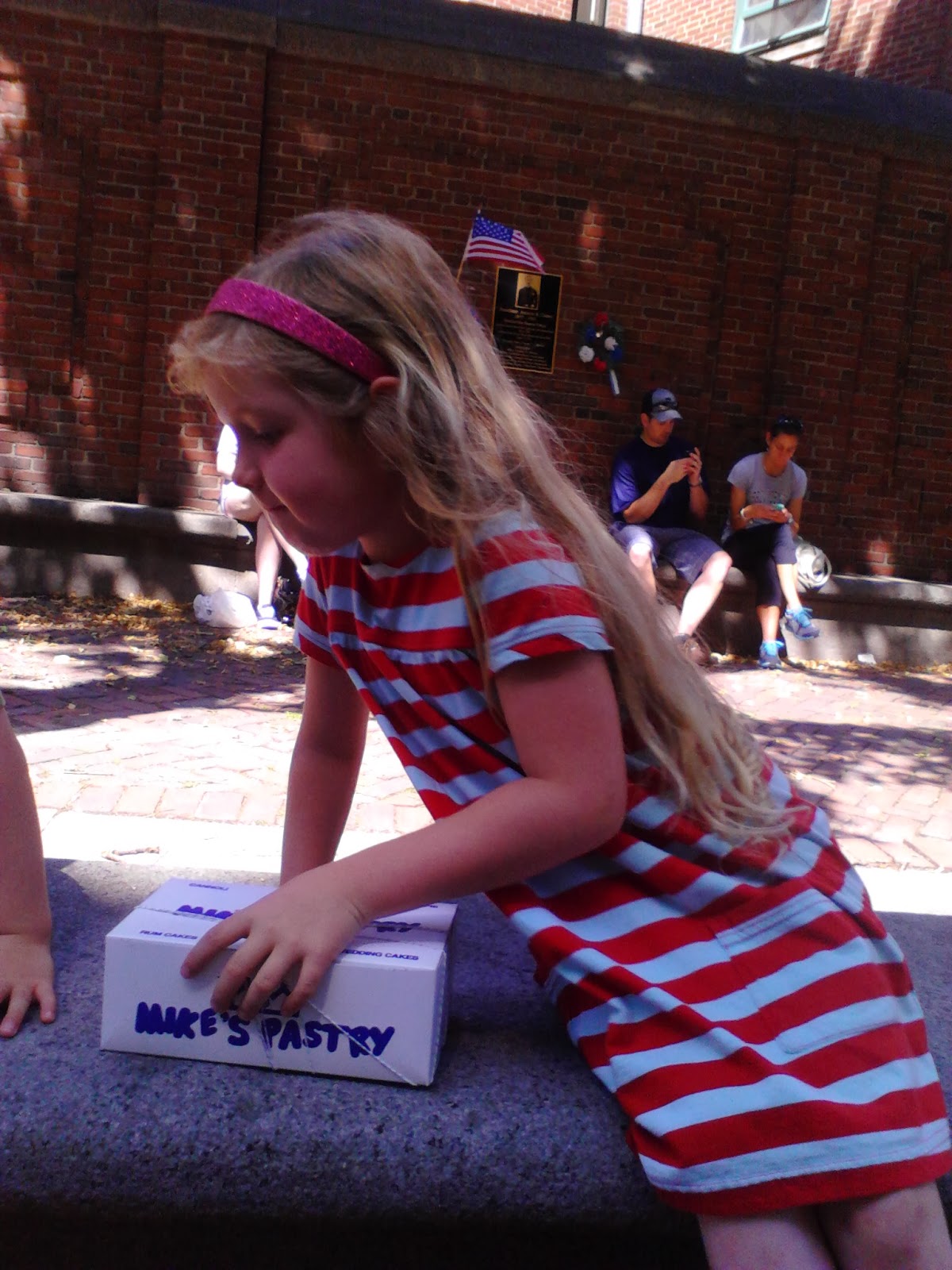 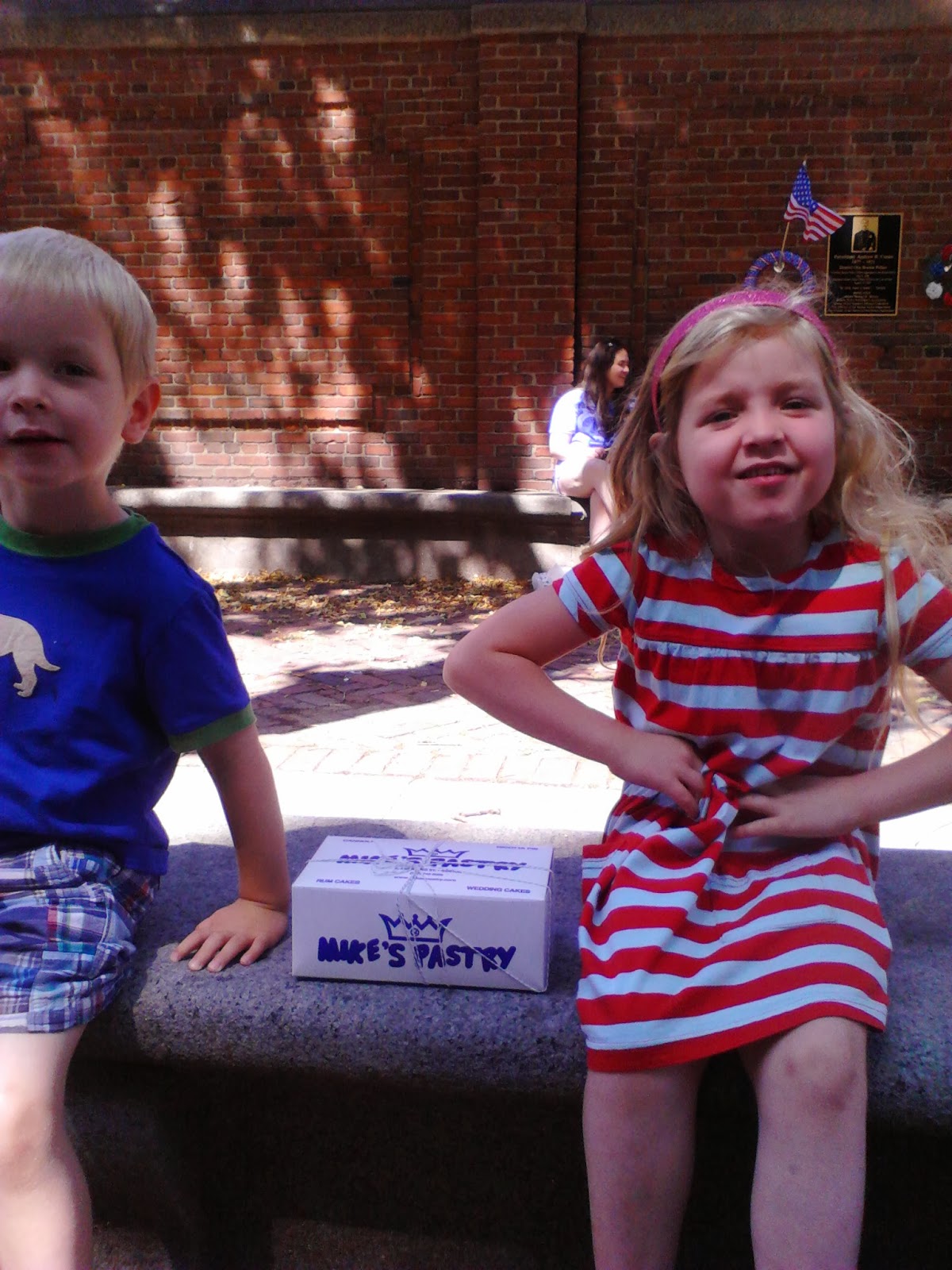 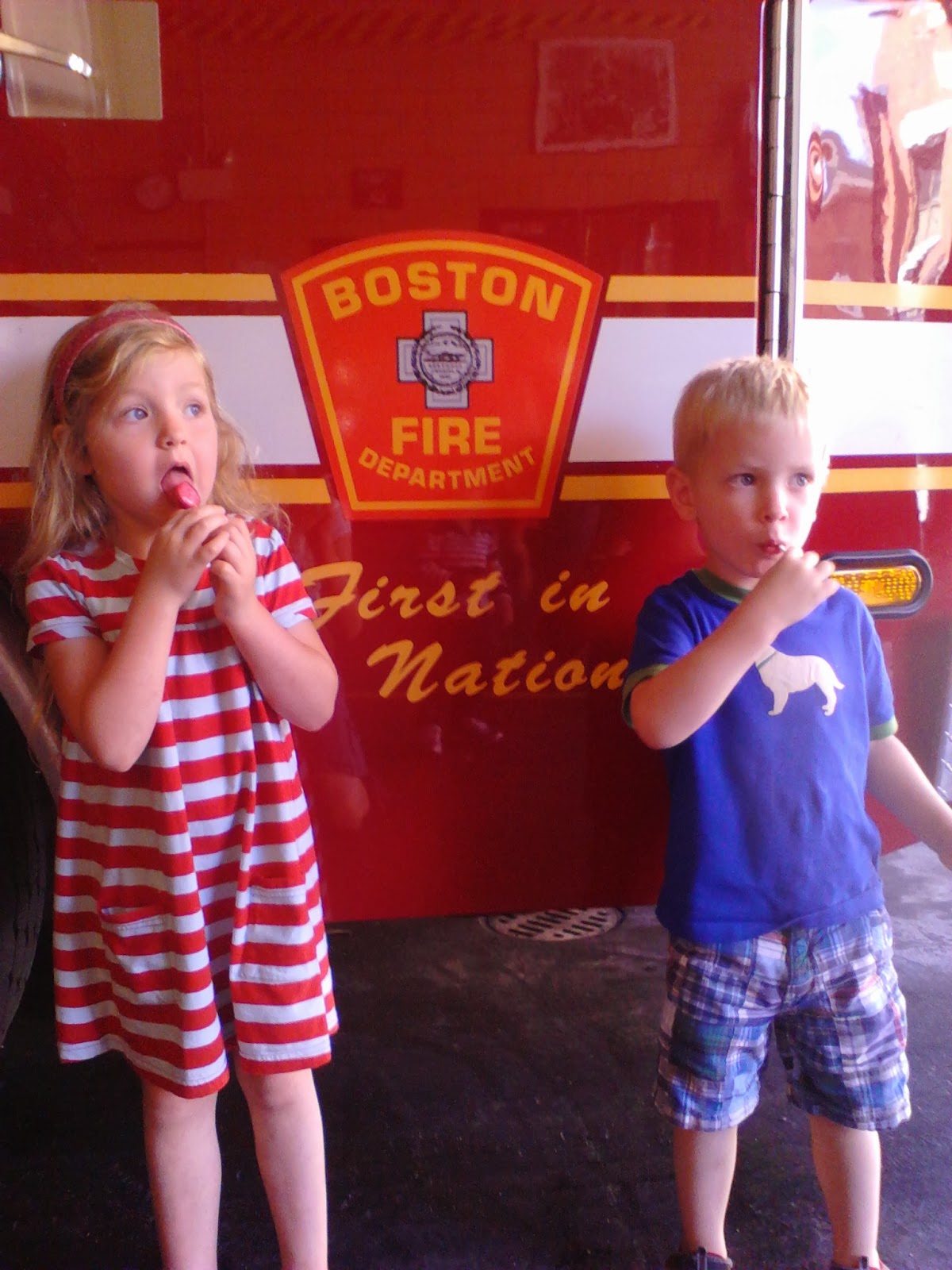 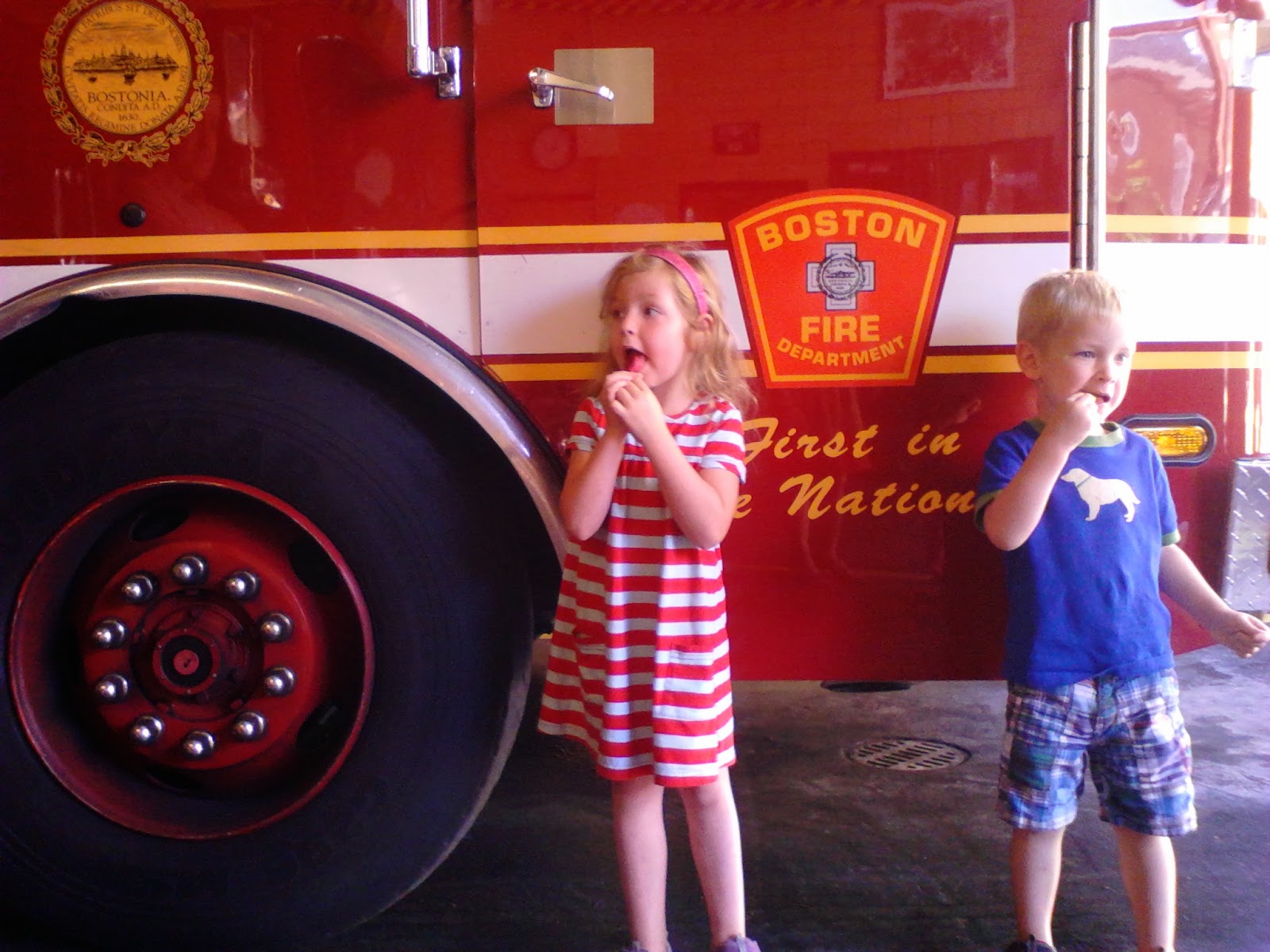 The firemen at the station right next to the Paul Revere Mall were out with the boot collecting donations and letting kids climb in and on the trucks. They gave Anna and Levi suckers. 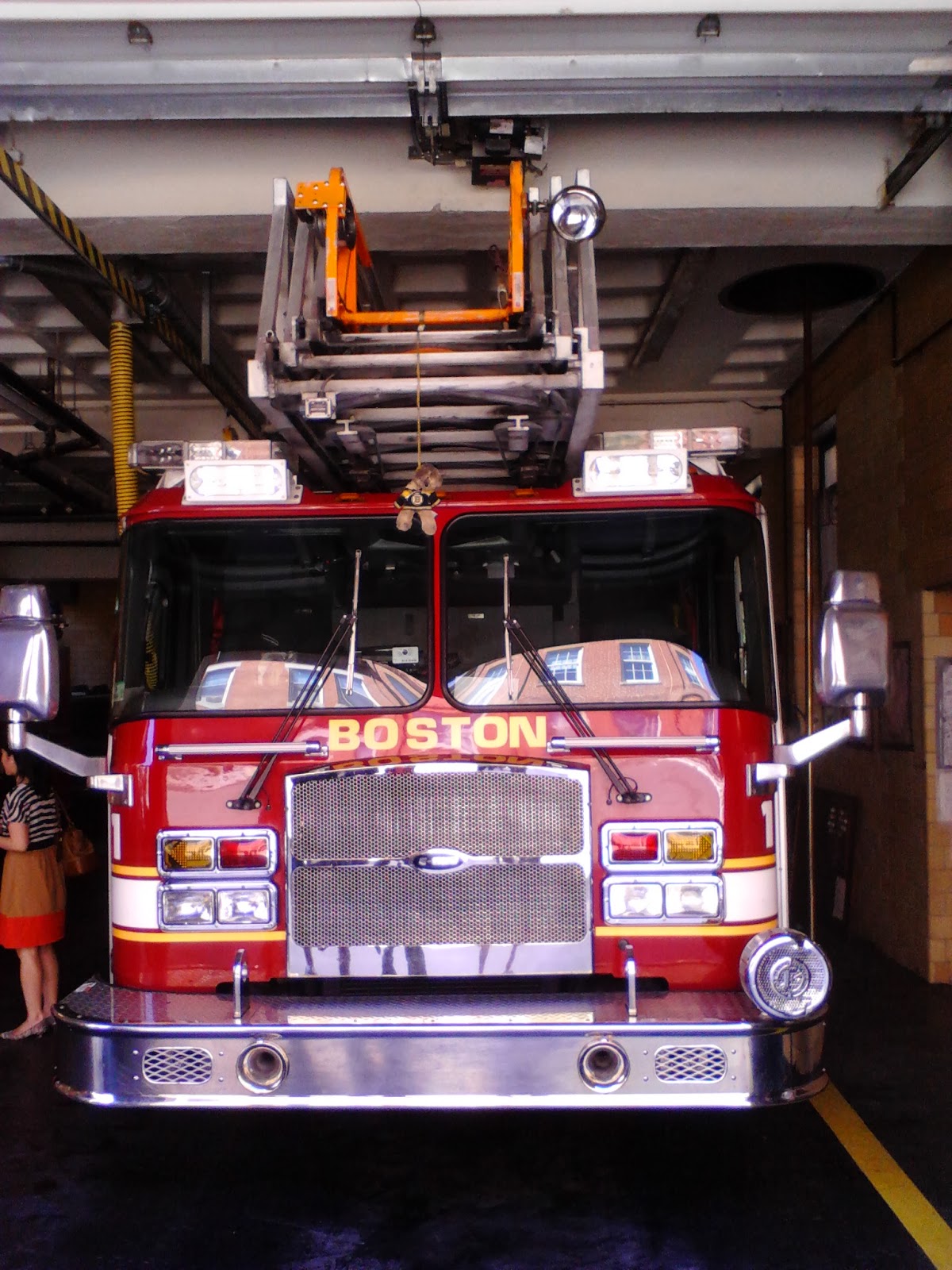 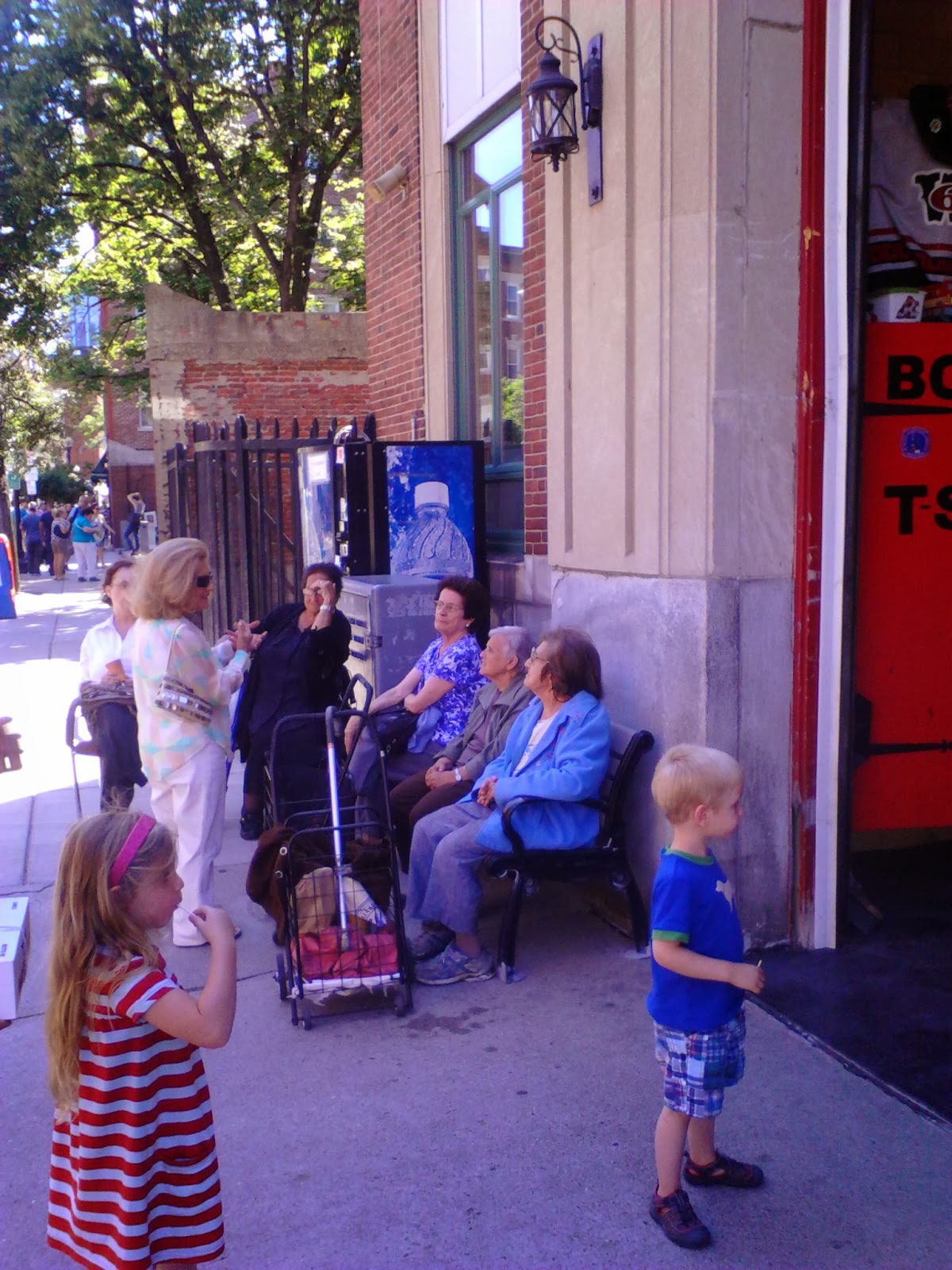 I was pretending to take a picture of the kids, but really, I wanted a picture of these ladies. They all lived in the neighborhood. They talked to all the locals that passed and gossiped about them after they walked away. They all had perfect Boston accents and it made my day to see them and listen to them. 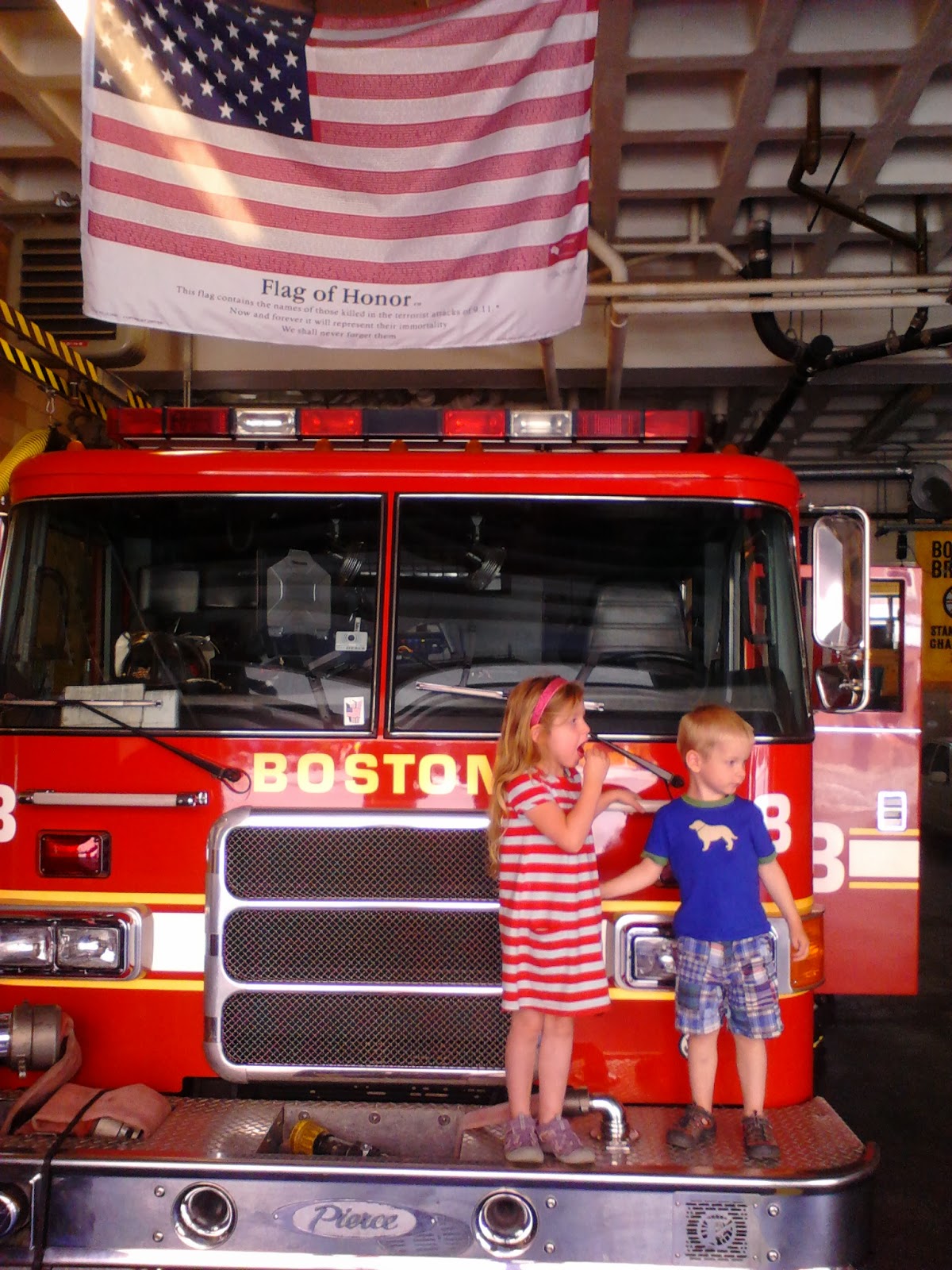